Ari and I caught the train to Munich on Thursday evening and stayed with Josep.

We stumbled out of his flat shortly before 6 am on Friday morning and headed to the airport. Our delayed flight got us to Zagreb around midday and after a bit of faff with the rental car we headed away from grey and rainy Zagreb.

It was essentially my first time driving in Europe but with Ari navigating it went smoothly and we drove out to the coast. It was only 14 degrees on the way out but as we neared the coast the temperature increased and it was a nice balmy 25 degrees when we stopped at a campground as the sun was setting. We camped 20 metres from the sea with the ever present Germans. We spoke German instead of English so we probably fitted in well. 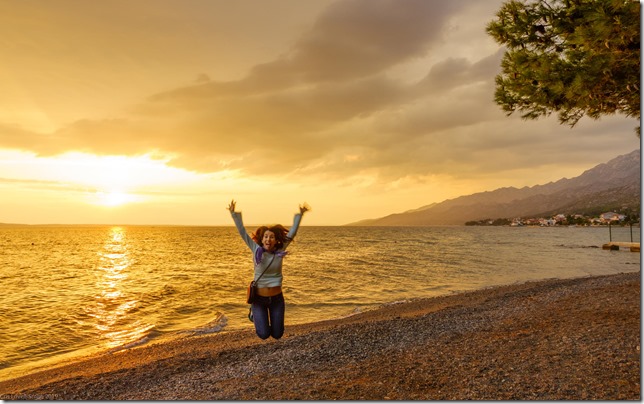 Above: Ari and I flew to Zagreb in Croatia. We hired a car there and I, yes I, drove to the Adriatic Sea. The weather was pretty rubbish when we landed. It was grey, and wet and dropped to around 14 degrees on our trip towards the sea. We dropped down from the hills near sunset and the temperature climbed and climbed until it was a nice balmy 25 degrees when we arrived. We pitched our tent in a stony little spot at a campsite by the sea. There was an electrical storm some way off in the evening and we listened to it.

On Saturday we drove an hour further South to a small town by the sea and met a guy with a large yellow double sea kayak. After a mere two hours of sorting our gear and packing it into the kayak, we were ready to go.

We kayaked along the coast in sunshine and crossed to the first small island. Then across open water to the big Island Zhalin. Grey cloud obscured the sun but it wasn’t too long before it was gone again. The water was a deep deep blue and a beautiful turquoise in the shallower parts. The island had many coves and after a short search we found one without anyone.

We stopped for a swim (at least I swam) and something to eat. After our private cove was invaded we decided to continue. We paddled up along the west side of the island near the shore. As we reached the end of the island we were exposed to the wind. The crossing to the next island was wavey and windy but enjoyable and we stopped for a rest when we got there.

The wind died down while we were there and the sun began to sink lower towards the horizon. It produced strong vivid colours which I captured with the multitude of cameras I had brought with me. I also brought my cheap drone with me and took a few photos with this of the water and shore.

We continued to our island destination and met our Air BnB guy. He took us to our apartment which was just a few 10s of metres from the sea up onto the island. It looked amazing. Lots of white stone on the outside and tidy inside. We cooked dinner in the evening and lazed about. 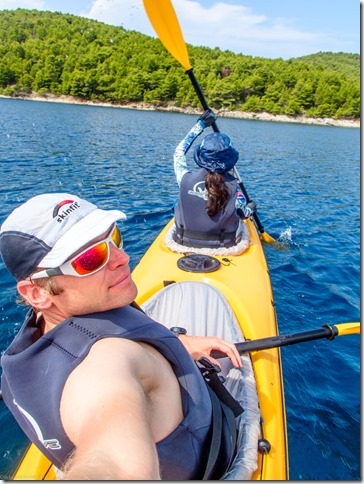 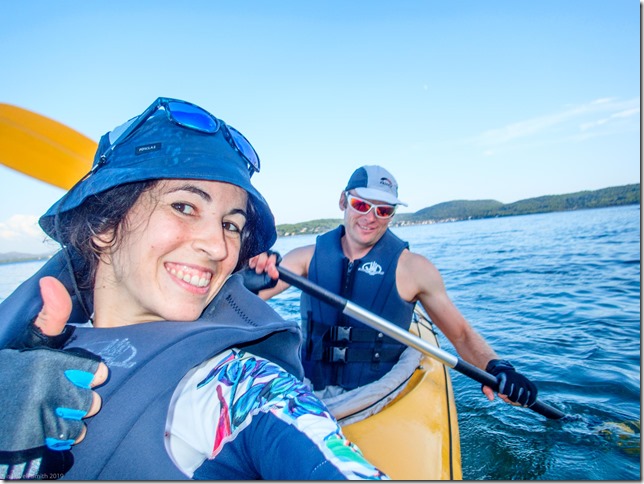 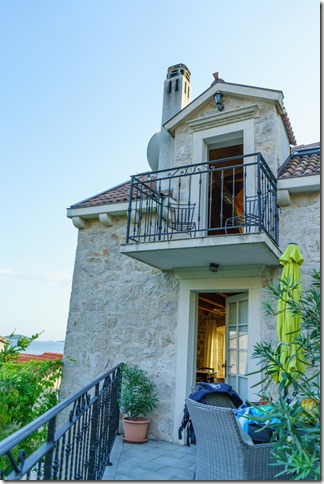 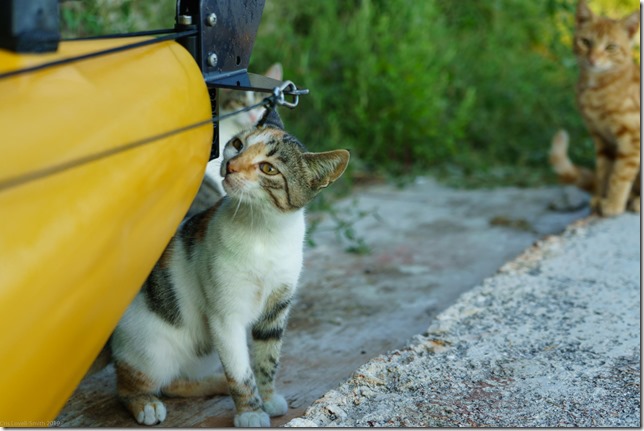 1) We drove about an hour down the coast the next morning and hired a sea kayak. We left from Žaborić and kayaked to the island Zlarin. We stopped there for a break and a swim before kayaking along the side of the island. We crossed choppy water to get to another island named Lupac.

2) We spent some time on the small island of Lupac before kayaking further to the harbour on the larger island named Sepurine.

3) We met our Air BnB host at the shore and he showed us a good place to land further along. We heaved the heavy kayak out of the water with his help and unpacked it taking our stuff 30 metres or so up onto the island to a nice little apartment.

4) We left the kayak with a group of cats that seemed to have made  the little spot near the sea their home. As we came to move the kayak the following day we found they had been sleeping under it. Good guard cats I guess. 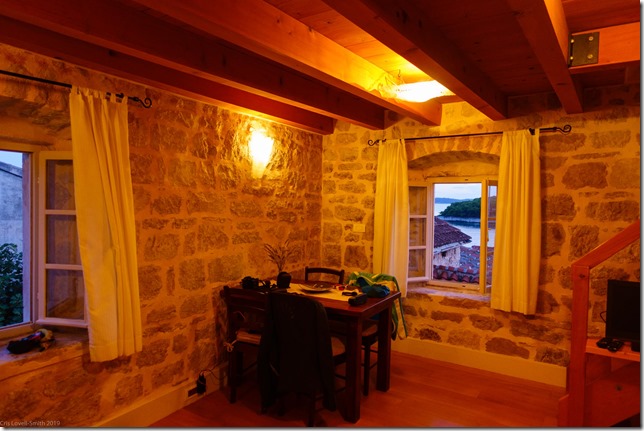 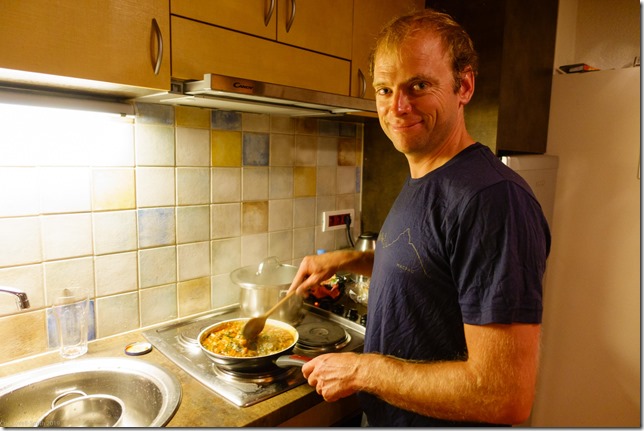 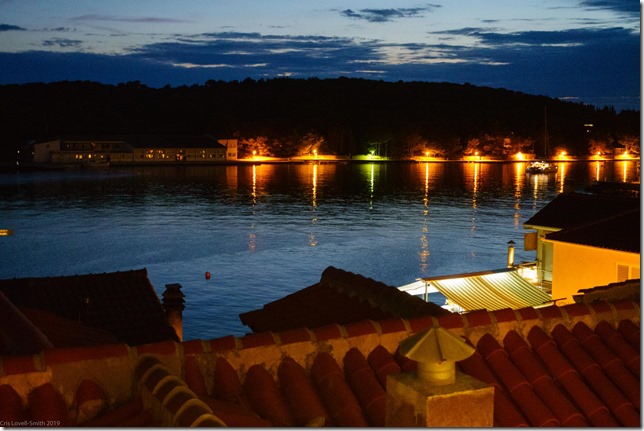 1) The Air BnB was really nicely presented. Definitely worth going back there again… in another life…

2) We cooked a late dinner of slop. At least that’s what it looks like from the photo. Slop can be tasty though. I don’t remember if this was.

3) The Air BnB was not far from the water in the harbour of the island Sepurine.

On Sunday we went for a short paddle around the side of the island but the wind came up quickly and we retreated. In the afternoon we went for a walk instead and I had a quick swim in the warm water. The wind remained into the evening but it was gone by the following morning. 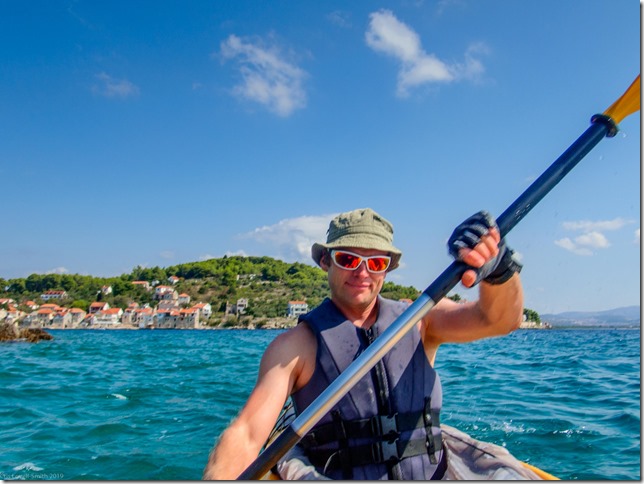 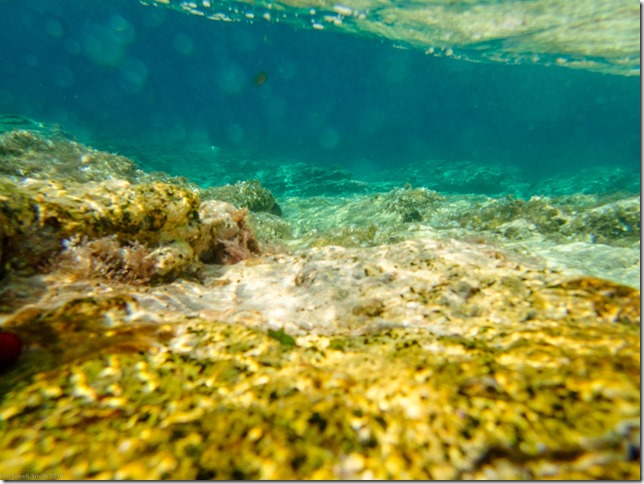 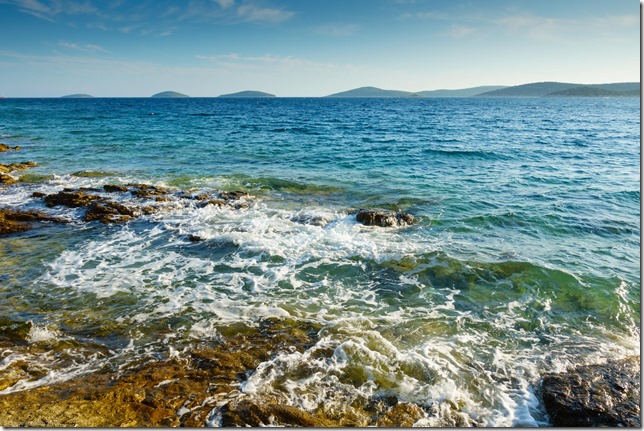 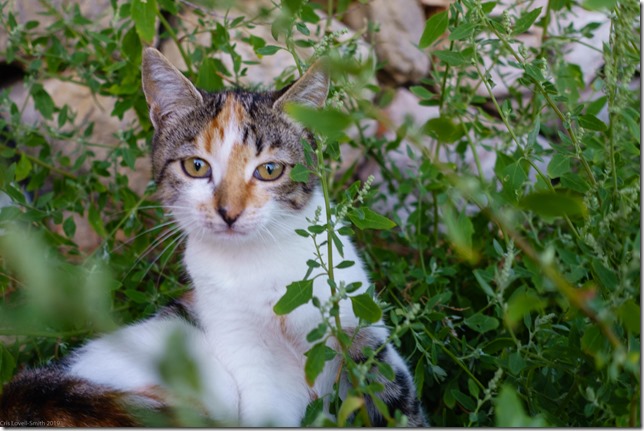 1) We headed out for a kayak around the island in the morning.  We stopped for a break and the wind began to get up. We checked the amount of fuel left in Ari’s arms and judged the wind and decided to head back to the Air BnB.

2) The great thing about having a water proof camera is you can do this.

3) We went for a walk around the island in the afternoon. We found a small track that lead us along near the water and past the spot where we had landed with our kayak in the morning.

4) The guard cats were still waiting to look after our kayak.

On Monday we paddled back to our rental car, this time following the shoreline. We had a fairly strong tale wind after about an hour and we could just sit in the kayak and slowly move along. With a mix of paddling and being pushed by the wind we found our way back to the car. Another swim for me and then we drove to the Krka national park and spent the afternoon looking at waterfalls with many many other people.

We drove some of the way back towards Zagreb in the evening but then headed out to the coast and stayed at a small campsite where Leonie, Brendan, and I had been in the past. 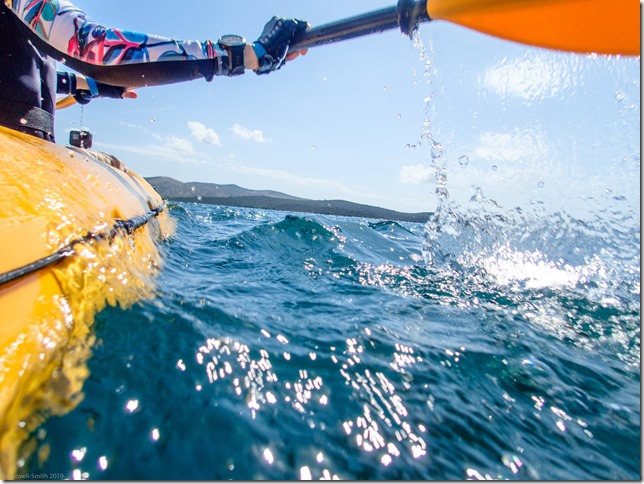 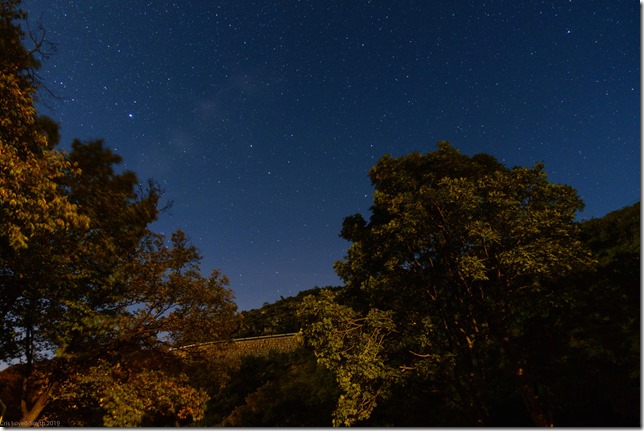 1) We kayaked back to the mainland and drove to the nearest national park in the afternoon.

2) The national park was pretty nice except it was fairly over run by tourists.

3) We drove some of the way back towards Zagreb in the evening before taking a detour down to the little camp site that I’d stayed at in 2015 with Brendan and Leonie.

On Tuesday we went for a short walk on the coast and then drove back to Zagreb catching our plane back to Munich in the evening. We arrived back in Lindau shortly after midnight. 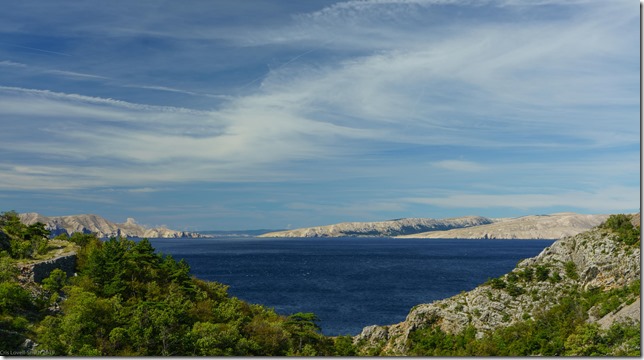 Above: We spent a little time at the coast in the morning before driving back to Zagreb and flying back to Munich in the evening.