I left work early on Friday and Leonie and I drove to Klausen in Southern Tirol. We did a quick ride before it was time for curry on the MSR made from the warmth of the tent.

On Saturday we cycled into the Dolomites to Sellajoch. The roads were quiet as it’s too early in the season for the tourist hoards. From Sellajoch we descended to Canazei before riding back over Passo Costalunga and then to Nigerpass before descending and then adding in some bonus extra climbing. We ended up back at the camp site close to dark with just over 3000 m of climbing on the clock. 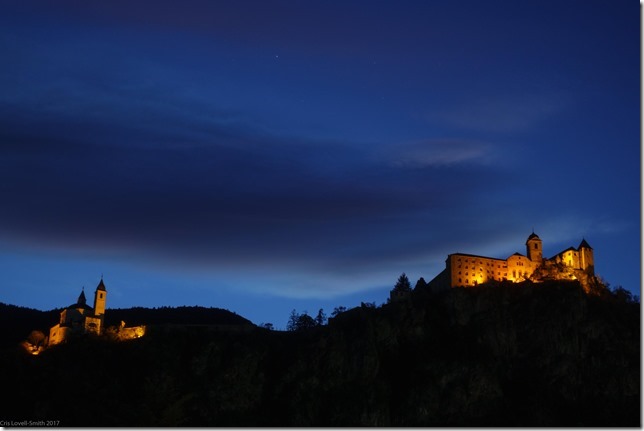 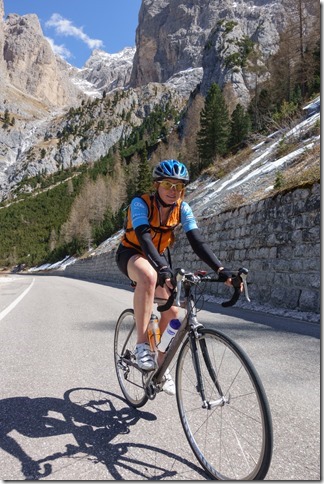 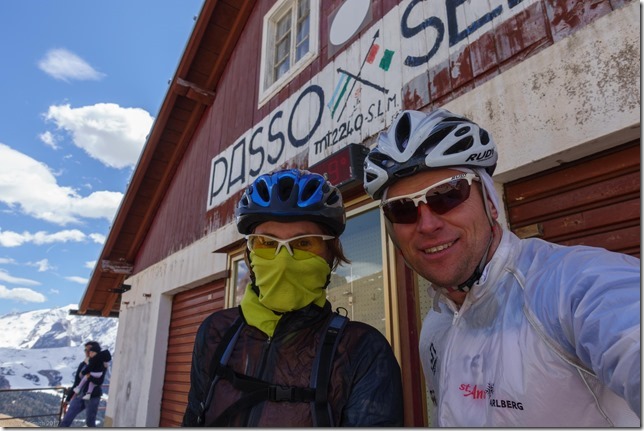 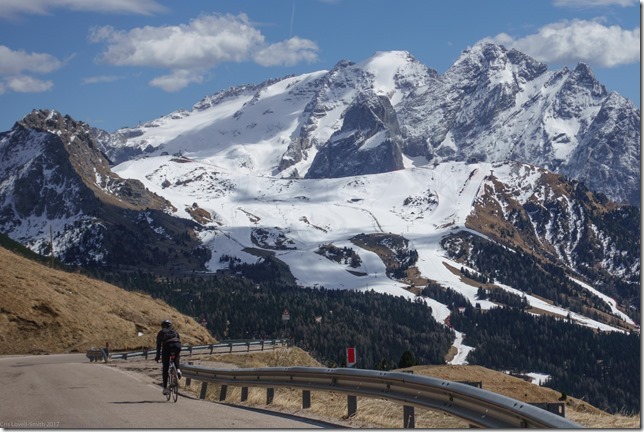 1) We camped in Klausen up the valley from Bolzano.

2) We cycled up to Sellajoch.

3) Us at Sellajoch. Nine degrees apparently.

4) It was the in-between season and there was a mix of snow and grass. 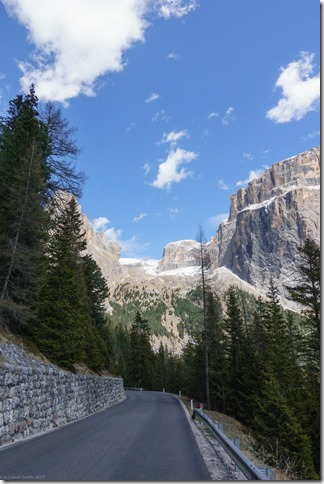 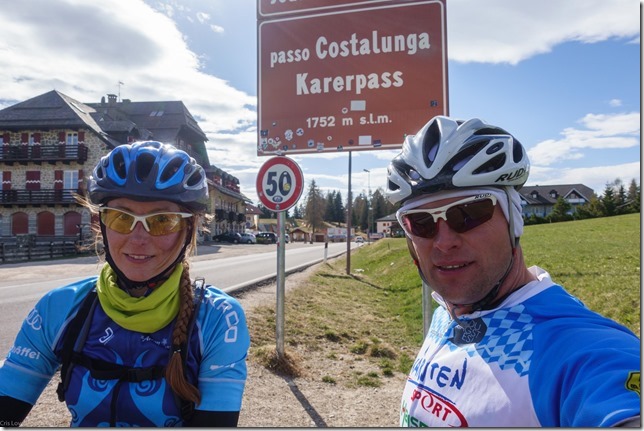 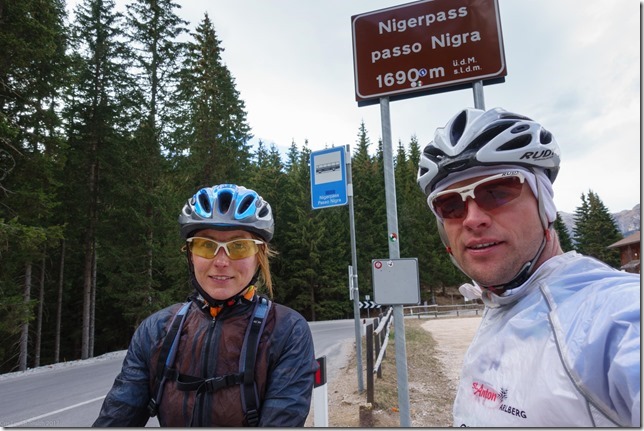 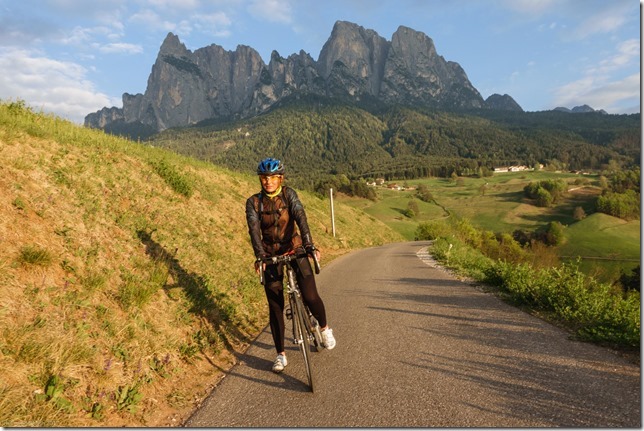 2) Stopping at Karerpass for a selfie.

4) We descended down little roads back to our campsite in Klausen.

On Sunday we headed out on a random ride that I planned from my phone without much to go by. It turned out to be very nice. Lots of narrow streets. We headed up towards Wurztjoch, which was officially closed. But it wasn’t closed enough to stop us. We turned around near the pass and after a bit of up and down had a really long descent back to the valley. A quick stop for hot chocolate and then we finished off with some speedy riding down the cycle way back to Klausen.

We drove back to Lindau in the evening.