Craig, Gina, and I drove from our camp site at Hang Dog to the Awaroa Inlet carpark in the morning. The plan was to go canyoning. We set off into some very dense bush, cunningly missing the walking track entirely. To save on extra gear I was bare chested and had the pleasure of scratching up my chest with all sorts of spiky, cutty things. After a while we found the real track and continued along near-ish the inlet heading inland. We reached the site of the old Awaroa school and after a little further we began to climb. It was perhaps a 300 m climb and then some denser bush bashing again and we were at the start of the canyon. The descent wasn’t difficult – lots of abseiling but that was about it. I did, however, manage to slip on a down-climb and land bum first on a pointy rock. The last third of the canyon was not so pleasant and I was pleased when we got back out to the car. Overall very nice though. 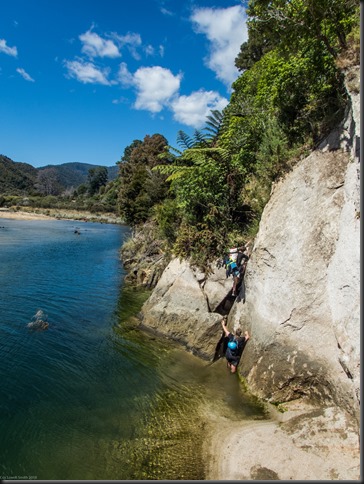 Above: We headed off to do the waterfall creek canyon. This meant heading along the side of the Awaroa Inlet. Mostly we were above it but not this little section. 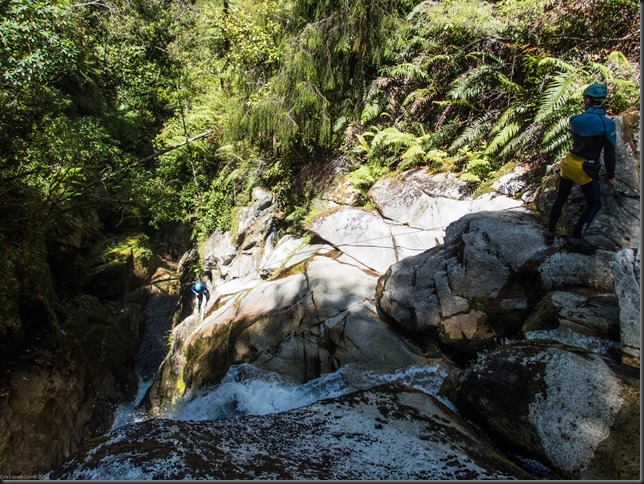 Above: The canyon mostly consisted of down climbing and abseiling. Actually entirely as we didn’t do the slide. 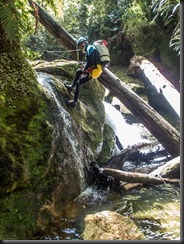 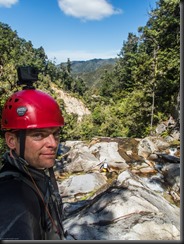 Above left: Abseiling is fun. Above right: Cris posing along the way. 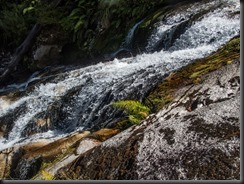 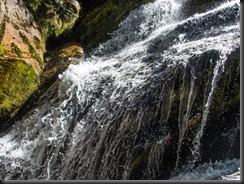 Above: Some nice looking water along the way. 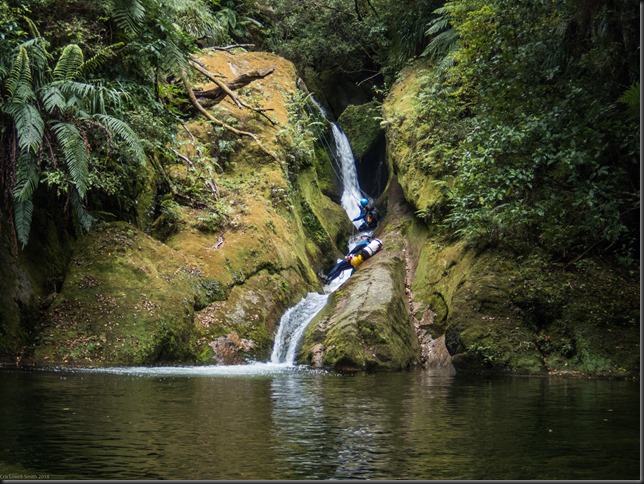 Above: Craig and Gina sorting out ropes after abseiling. Oh, wait we slid down this bit.

Above: We headed out in the evening, me with a sore bum.