It was labour weekend and I’d moved to Christchurch a couple of days ago. I wasted no time in leaving again and headed up to Arthur’s Pass on Wednesday evening. It was a nice sunny Thursday and I worked remotely from Kennedy Lodge. I had Friday off and drove to Punakaiki pitching my tent at the campsite there. I went for a jog/shuffle up the Pororari river looping back down the Punakaiki river and back to the campsite. Anyway… this is all just to set the scene. 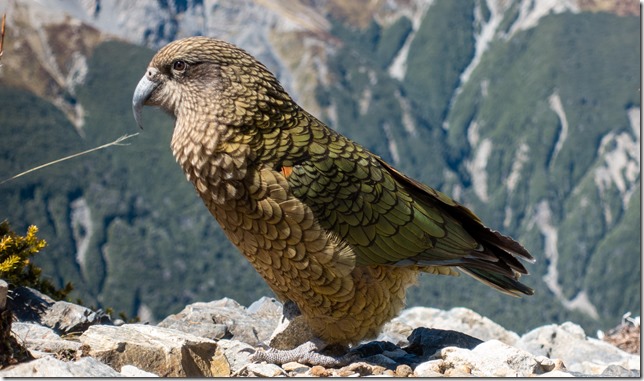 Above: I worked remotely from Arthur’s Pass for a day and went for a run up to the Avalanche Peak bush line in my lunch break. 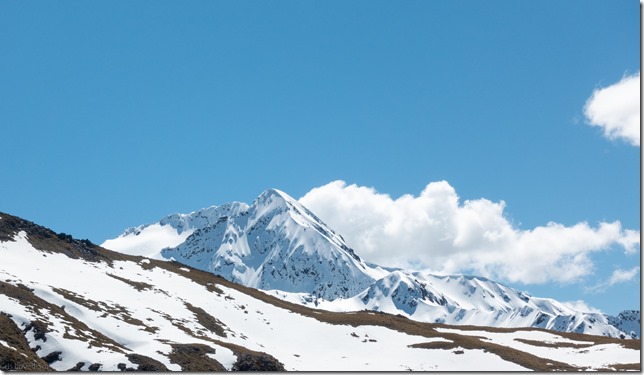 Above: It was amazing weather and the snow on the surrounding mountains looked great. 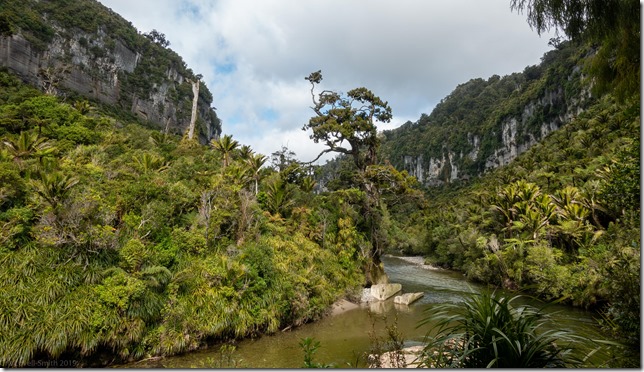 Above: After arriving in Punakaiki, I went for a run up the Pororari river.

On Saturday morning, I turned up at Blackball and met Julian and Caspar and we drove to the Smoke-ho carpark at the start of the Paparoa track. The plan was to ride the track in a day and so with plenty of food and warm clothes we set off around 9am. The track wound its way up through beech forest to the Ces Clark Hut situated on the bushline. It’s a very funky DoC Hut, unlike the standard huts you often find these days. It feels like it’s built to fit onto the land rather than adapting the land to the hut. 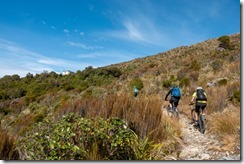 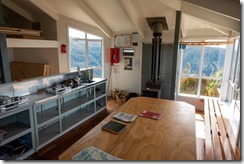 Above left: We’re nearing the Ces Clark Hut in this photo.

Above right: I thought the Ces Clark Hut was very interesting. It’s not your standard DoC hut. It looks like it would be a great place to stay on another cruisier trip.

We continued climbing until we were riding along the tops. The track dipped and climbed its way around the hills until we were at Moonlight Hut. This was another nice hut that was surprisingly empty. I’d had expected to see people eating their lunch but we’d seen almost nobody on the whole track, just a handful of cyclists. Although the track had been nice up until now I enjoyed the riding from Moonlight Hut to the finish the most. Perhaps this was partly due to having most of the climbing out of the way but also I think I just liked the West Coast bush. 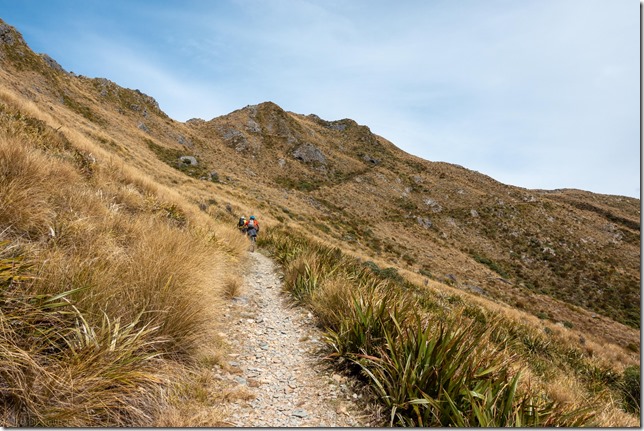 Above: Most of the climbing happens in the first 10km to Ces Clark Hut.  We’ve passed the hut here and there’s a little bit more during the ride along the tops. 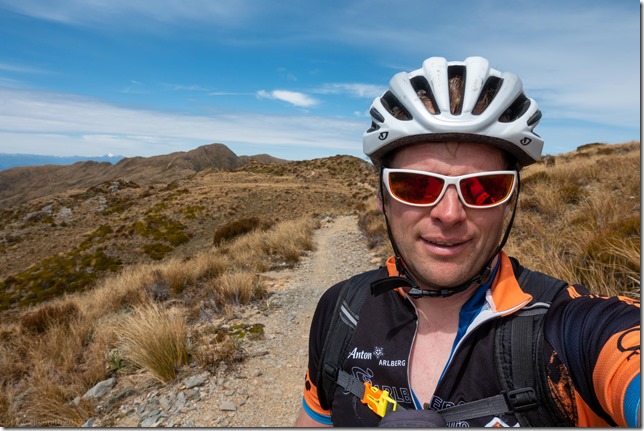 Above: The Paparoa track is maintained to Great Walk standards so it’s mostly an easy ride. There are still some sections where falling off would be very bad though and sections that are quite rocky. 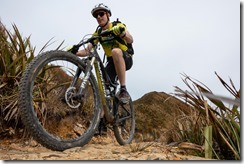 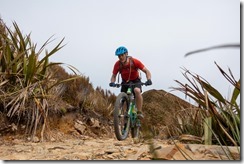 Above left: We carried small backpacks with a good amount of food and warm clothes although it was warm enough that only the food was required. Above right: Caspar borrowed Jana’s bike which was a tad too small meaning he’s probably due to have his knees replaced now. He got through it though and a bike is much better than no bike when you’re mountain biking.

There were some amazing cliffs on this section of the track and although the track was well built and easy you wouldn’t want to accidently ride off it in parts. We descended back into the forest and headed down arriving at Pororari Hut later in the day. The last 15km or so were fast. The track was smooth and raced through tree ferns and bigger native trees. 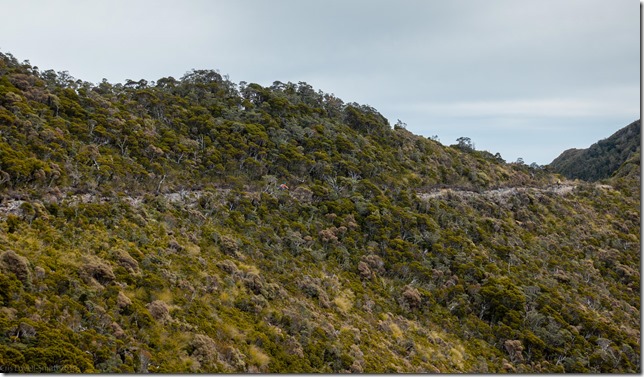 Above: The track ascends to Ces Clark Hut and then follows the tops to Moonlight Hut before continuing and dropping back down into native bush passing the Pororari Hut. 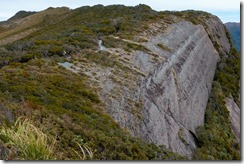 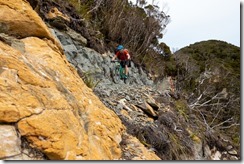 Above left: There were big cliffs near the track in parts. Above right: There were switchbacks during the descent. 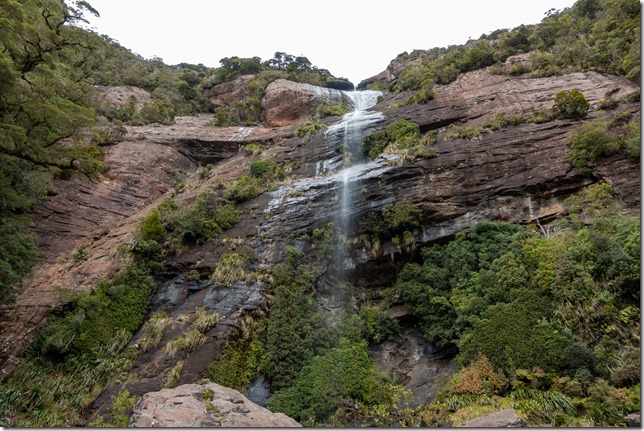 Above: I enjoyed the track the most from Moonlight Hut, especially after we dropped back down into the bush. I snapped this waterfall from the bridge that crosses the river. It’s wide enough to ride across. 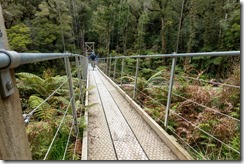 Above: All the bridges are very sturdy.

The others had had their car shuttled to the end and we arrived there shortly after 4pm. My car was still in Blackball. I rode back to the campsite and stocked up on calories before jumping on my road bike. So began the grind back to pick up my car. It went faster than I thought it would, perhaps helped by a slight tail wind and spurred on by the thought of having to ride in the dark. I stomped on the pedals and got back to the car around 8pm.

A very good day out.

Above: Strava track of the ride. We were moving for 5 hours and 30 minutes and had around 2 hours of stops. We weren’t pushing really hard and we weren’t dawdling too much either.

Above: I swapped to my road bike that I’d left at the camp site in Punakaiki and rode back to Blackball to get my car. It was probably the most strenuous part of the day as I wanted to get back before it got dark.