Leonie and I drove to Hohenems in the morning and ran the Emser Ultramarathon. Well Leonie did. I ran the 30 km bambini variant. This is because Leonie is motivated and has been training hard while I am not so motivated and have been hardly training.

It was a very nice winter’s day. But it was definitely a winter’s day. It must have been below zero degrees as we set off along the flat past frozen lakes towards the Rheintal. The course took us down towards Koblach where I sometimes climb. I’d never run on the hill there but it turns out to have trails all over it. I ran with Leonie until the hill. We put on running crampons before the climb as the trails were covered in packed snow and ice. I was a bit slow putting on my spikes and Leonie was gone. The trail isn’t marked and instead you have to navigate using a GPS track. I lost the route immediately and faffed around for a bit until some people caught up. We ascended to the top where we had a great view out towards Swiss mountains and in the other direction back to Lake Constance.

I jogged down following someone but he got away. At the bottom we continued along the flat towards more hills. I got lost a few more times and not long after reaching the next hills I was passed by a big group. My legs were starting to die already and it was only 17 km. Additionally, the water in my drink system tube had frozen meaning I couldn’t hydrate. I stuck it under my shirt and after a while it thawed.

I ran with another group later until they got away as well. The course was still very scenic. We had a section through a ravine before we began ascending slowly again on very snowy trails. At the top of the climb I hobbled down the snow covered forestry road and with a couple of others ran back to the finish of the 30 km. I stopped here. Most of the others went on to complete the 50km.

Leonie finished first equal from the women in 6 hours 30 minutes, which was very impressive. 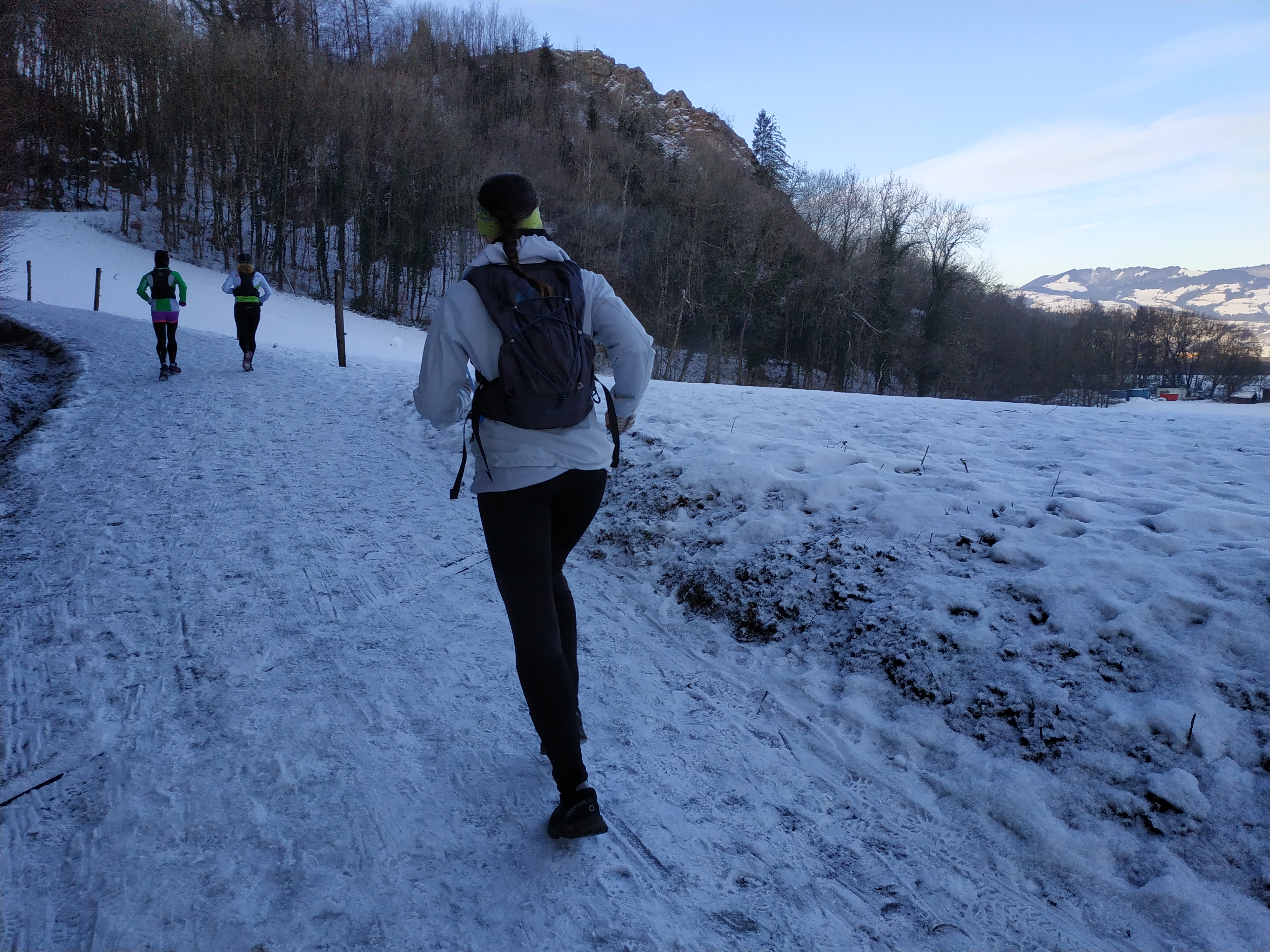 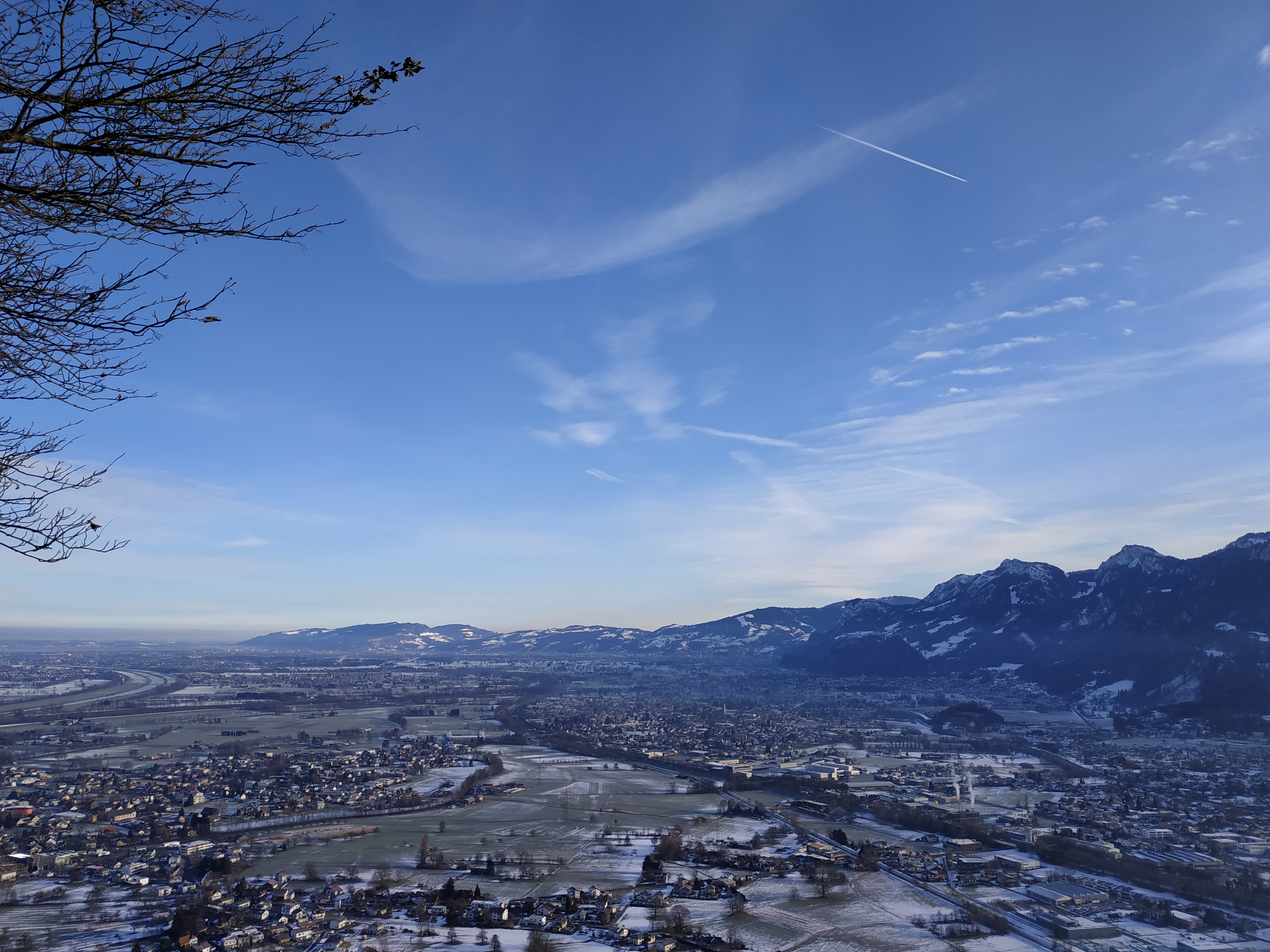 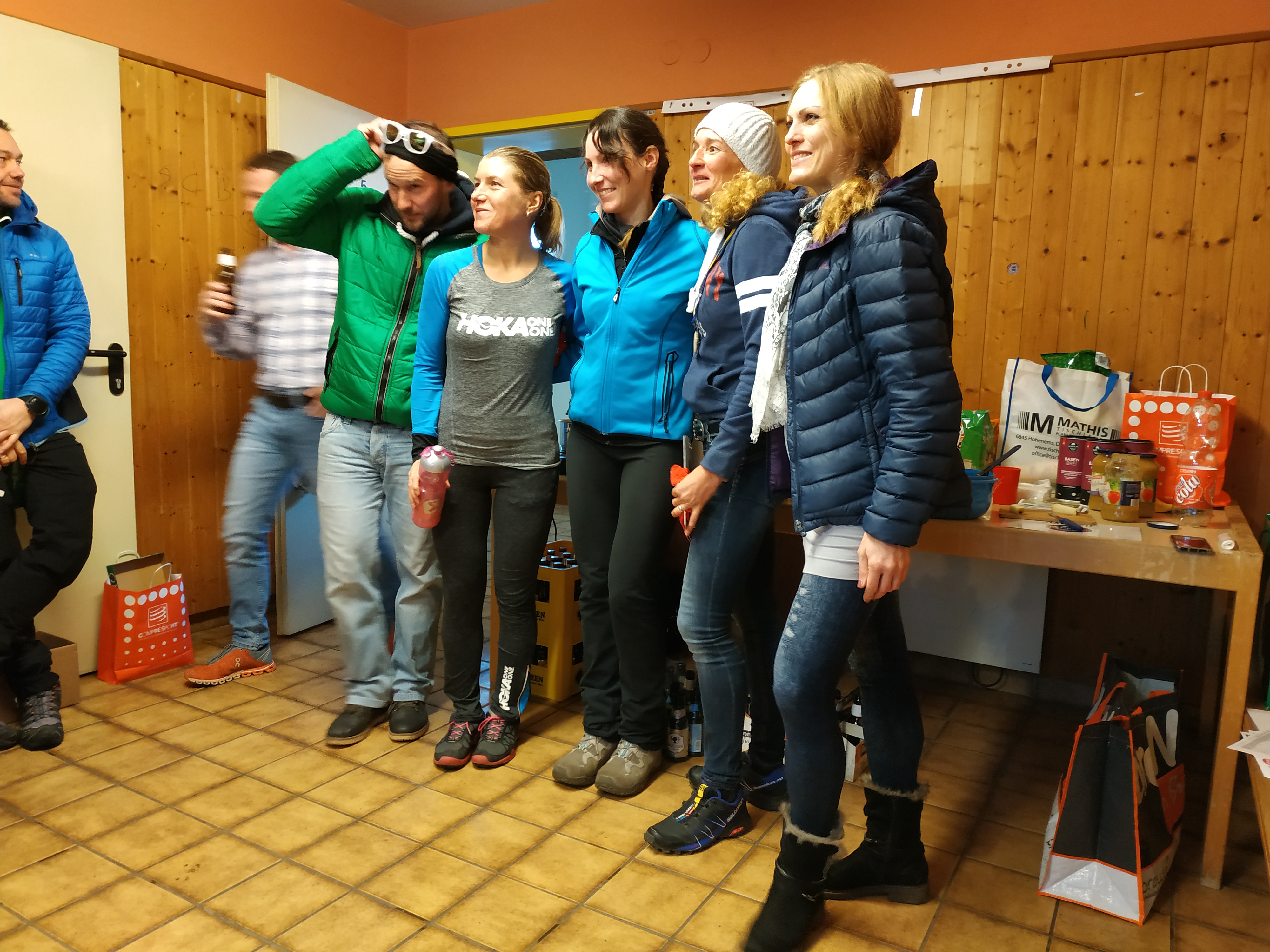