We cleaned up the hut early in the morning then skied down to the cars. We drove up the road a little and parked at the ski area. The route took us across the piste and then up the side to a hydro dam. We kept to the left of the dam with the hordes of other ski tourers. The snow was very hard and the track from previous skiers was icy. Sliding out of the track and down to the frozen dam would not have been recommended.

Johannes D wanted to go fast so headed off ahead. Brendan and Rachel went a bit faster too and I stayed with Johannes R and Craig. It turned out I wasn’t very good at going slow so after waiting for them I decided to go my own pace and cruised up the slope passing other groups until I caught up with Brendan and Rachel. The sun was now baking us. The last 100 m or so to the ridge were steep and the snow was now very soft and slushy. We dropped our skis at the ridge and walked up to the summit of the Sulzkogel with the crowds. We ate lunch at the top and took the usual selfies.

Brendan and I skied down and Rachel waited for Craig. We skied out to the right of the big basin grabbing a little bit of powder on the slopes that were still in shade. We met Johannes D on the descent as he’d gone off to find something terrifying to ski down. Johannes R was waiting at the bottom.

Brendan was leaving early so Johannes D and I dropped him at the station and then went and located our Air BnB. The others turned up later and we went out for pizza in the evening. 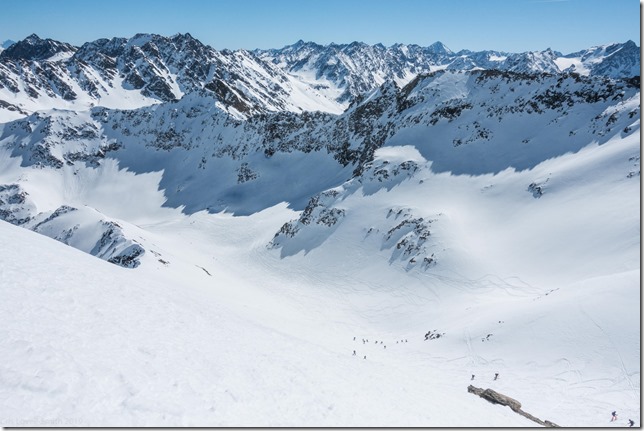 Above: Ski tourers look like ants in the distance. The tour was quite busy. It was a big heat trap down in the valley. Another day of beautiful weather. 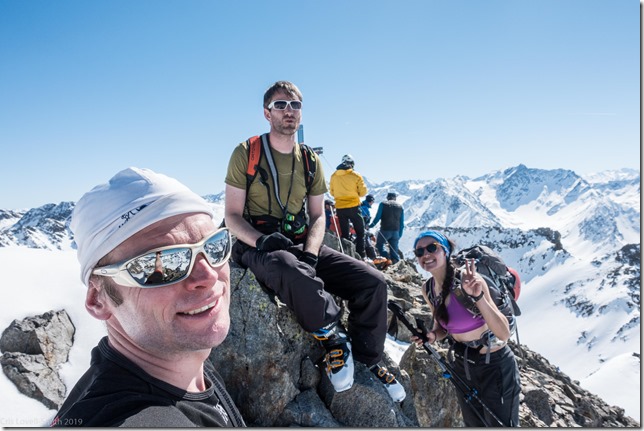 Above: Rachel, Brendan and I had lunch at the summit of Sulzkogel. 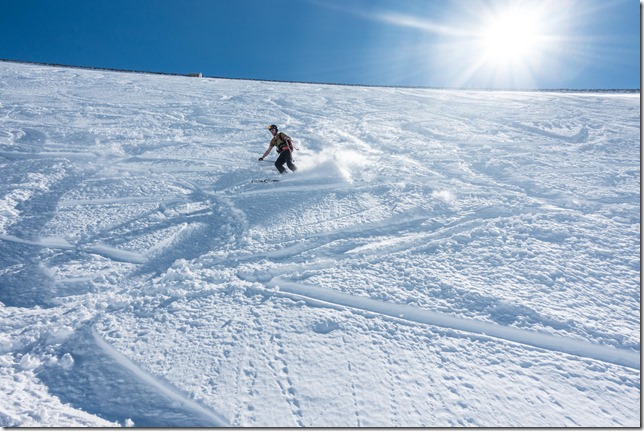 Above: We skied down the steep side of the hydrodam near the end of the tour.