Leonie and I headed to Switzerland late on Friday evening and camped at the same little camping ground as last year. It’s up in the hills off the winding road that runs along the top of the ravine there.

After a chilly night we drove to Ilanz early in the morning and got ready for the Transruinaulta marathon that starts there. We did the same race last year. It’s a marathon length trail run that heads through the hills. It has 1800 m of climbing in total and is quite scenic.

It was very cold in the morning this year and we shivered and huddled like penguins in the crowd at the start line. Officially Leonie should have started 4 seconds before me. The trails are narrow so they have a staggered start system. Instead of starting before me though she pushed me in front so that all she had to do was cross the finish line at the same time as me and she would be four seconds faster. Very cunning indeed. I decided my only chance was to run fast. Makes sense really. But I chose to run fast over the first 15 km flat section for another reason. The race has a strange little neutralised section of 200 m just before the end of the first section. Usually cycle races have neutralised sections, less so running races. The section is there though to make it fairer when crossing the railway line. The line is in the neutralised section so if a train holds you up you aren’t penalized.

My plan was to run fast to this section, hopefully reaching it before Leonie and then waiting for her. That way I’d just need to keep up with her to the finish and then my net time would be faster… Clearly it’s all about tactics. Clearly.

Anyway, the race started and after 30 seconds Leonie was directly behind me. So far… not good. I ran at a pace between 4.5 and 5 minutes for the first section and did in fact get there before her. Then I hid in the porta-loo, mostly because I needed to use it but also partly because I thought Leonie might steam past and then I could creep up on her from behind. Tactics. It’s all about tactics.

Leonie materialised and I graciously let her cross the timing mat before me as we left the neutralised zone. The climbing began not long after and so did the pain. By 20 km I was already quite sore. I left Leonie behind somewhere but after a descent I saw her behind me again. This section was mostly on little single tracks and forestry roads. I ended up running with Leonie more or less until the drinks station at 30 km where I was slightly slower. My legs were pretty sore and I told her I’d see her at the finish. She didn’t need to be told twice and she set off. I followed shortly after stopping briefly to pee, which turned out ultimately to be my downfall.

From the drinks station there was a long descent and then a few more nasty short and sharp hills. I saw Leonie again briefly in front of me on the second to last hill but then she was gone again. Surprisingly, although my legs were very sore I could still run downhill at an ok pace, and hobble along on the flat. This was in contrast to the Ultra Marathon in the Black Forest a couple of weeks ago. I tried to keep my pace up hoping I’d either see Leonie in front of me or arrive at the finish close enough behind her to have a faster nett time.

The last descent ends in a 200 m run on tar seal with a gradual gradient. My legs threatened to cramp and I had to run fairly slow. I turned the corner and crossed the finish line finding Leonie there. She was a bit surprised to see me there. We hung around at the finish line eating and lazing. Then it was time to check the results that had been printed out. It turns out we had very close times, very very close but I was nine seconds slower than Leonie. Nine seconds! Oh no… If only I didn’t need to pee, then I would have finished first! Oh, sad times. Well first out of Leonie and I. But that’s what counts. 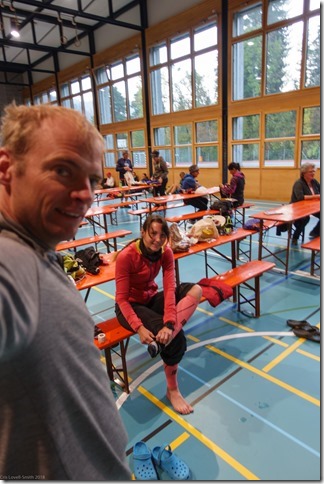 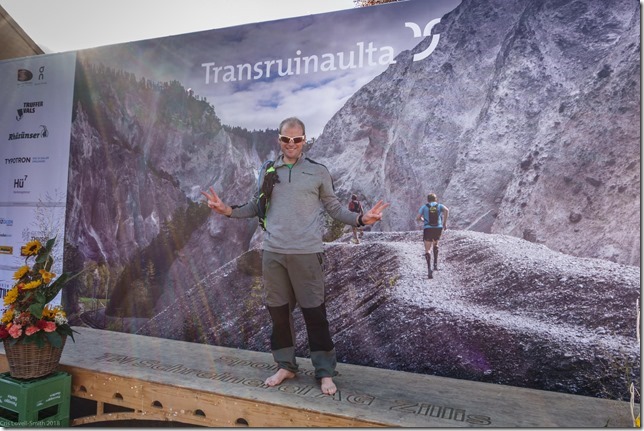 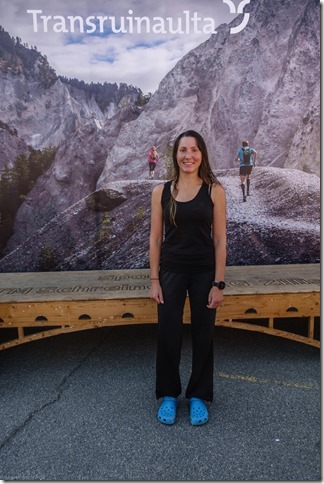 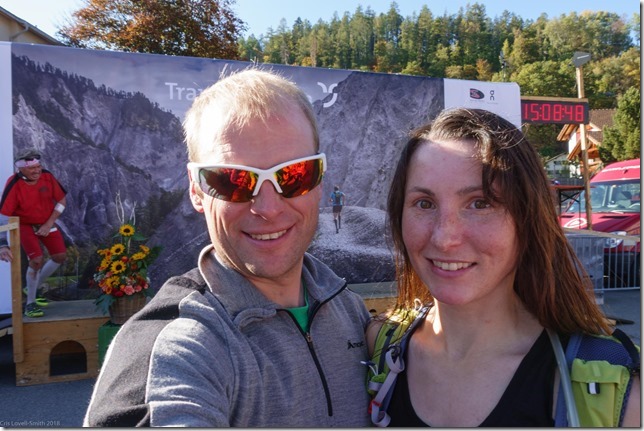 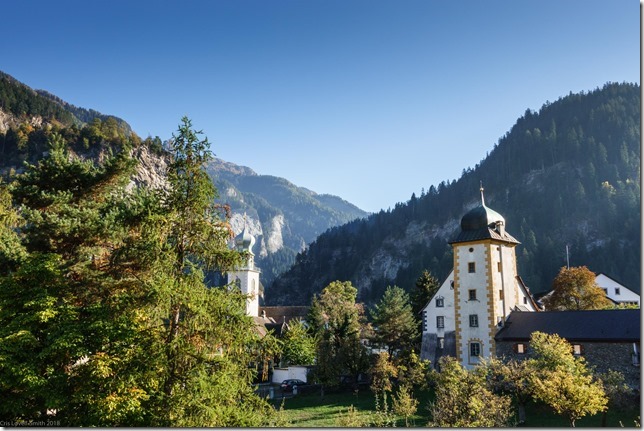 1) It was a cold morning and we made the most of the inside gym area for getting ready before the race.

2) I had a much better race than the year before finishing about 35 minutes faster. Leonie and I had a battle that she ultimately won by 9 seconds due to my weak bladder!

3) Leonie trying not to look smug at the finish line after her glorious victory.

4) Smiles at the finish line. A nice race this year.

5) It was a nice warm autumn afternoon at the finish line.