I went for a day trip up Mt Arthur with the Nelson crew. It was perfect weather, sunny with no wind and a dusting of snow.

Craig flew down on Friday and went biking for a day with Reagan. We all ended up at the flat on the hot summer evening eating pizzas that I magicked up. We packed my car and Craig and I drove to Paines Ford later in the evening and camped at Hangdog despite it being “fully full, man”.

Inge, who Ellen and I had met climbing at Cable Bay arrived punctually at 9am to find Craig and I finishing off breakfast in the carpark. We headed up to the Crag and spent the morning climbing there doing a variety of easy climbs at Track 5. I felt particularly bad at it but despite this it was good.

Ellen turned up early afternoon and we did a few more climbs before heading back to the grass beside the carpark for lunch.
We packed up and drove into the oncoming weather. It changed from sun to grey and rain and we camped North of Collingwood for the night.

The following day we drove across to the West Coast and followed the windy road to the south. The road is interesting. It runs along the side of a big inlet and then through native bush and farmland. We stopped along the way to look at the beach before arriving at the road end.

After the usual gear faff we were packed and crossed the Anatori river at the car park. We walked the short way to the coast and started down the beach.
As the tide was low we could avoid the 4wd track and walk along the beach the whole way. It was amazing. We had big cliffs to the left to begin with and boulders on the beach to navigate. A seal scared us but it turned out it was also scared and made a quick escape to the sea.
We had to walk quickly to catch the low tide at the two tidal river crossings along the way. It was sunny but with a breezy head wind and we were all bare footed.

As we reached Big River it looked like the crossing would be very easy but as we got closer we could see a deep channel. We followed the instructions we’d found and headed up river to the remains of an old tractor where we crossed easily with the water up a little above our knees.
We picked our way around the rocks on the other side and soon found a place for a quick snack. Then it was just a short walk to the hut.

The hut is unusual. It’s a DoC hut but it was the old lighthouse keepers house so it has many rooms and unique for DoC huts, it has a bath.
We were thirsty when we arrived and set up the cooker outside, settling on the benches for an afternoon of lazing. Out came the whisky after cups of tea.
We decided we should try the bath in the evening and that we would need a fire… Craig set about finding bits of drift wood and Ellen started sawing them into small pieces.

The fire heated up our bath water as we ate dinner. We took turns bathing in between drinking whisky. We lit a bonfire outside the hut as the light faded and continued to drink.
We clambered into bed around midnight after a nice evening.

The following day we went for a walk to a waterfall further south, down the coast. We went for a short cold swim in the big pool down stream. It was very refreshing. We then climbed around and the rocky coast, as the waves came surging in threatening to get us wet. The topomap said we were directly below the lighthouse so we clambered up the dubious sandstone and up a steep scrubby bank to arrive at the tall white lighthouse.

After lunch, back at the hut, we walked out again along the beach catching the high tide. This time we had the wind on our backs which made walking easier. We swam briefly in the river and then started driving back. It was already around dinner time so we stopped at the end of a side road on the hill and cooked up some food in the warm evening. 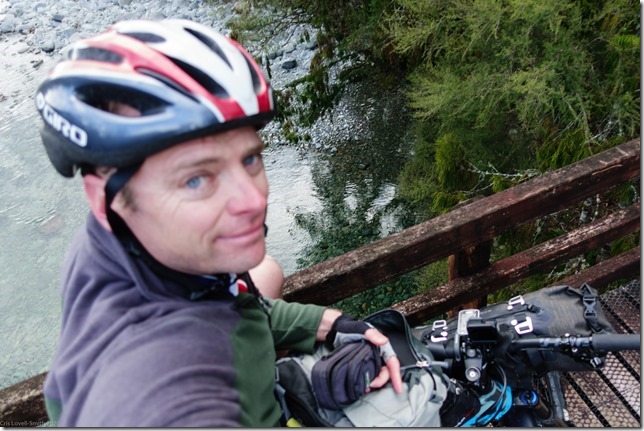 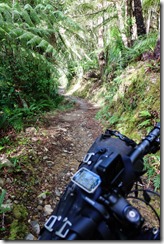 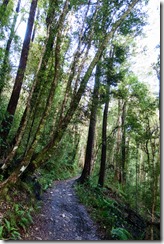 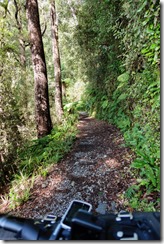 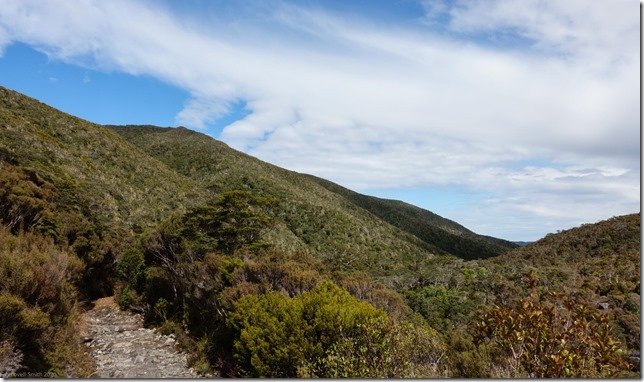 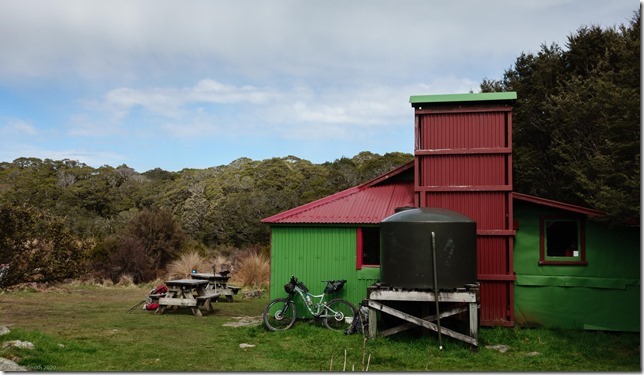 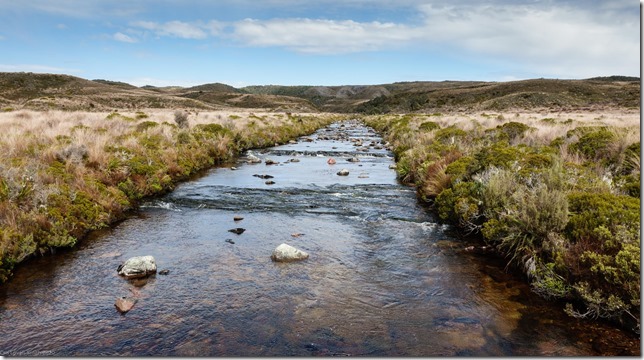 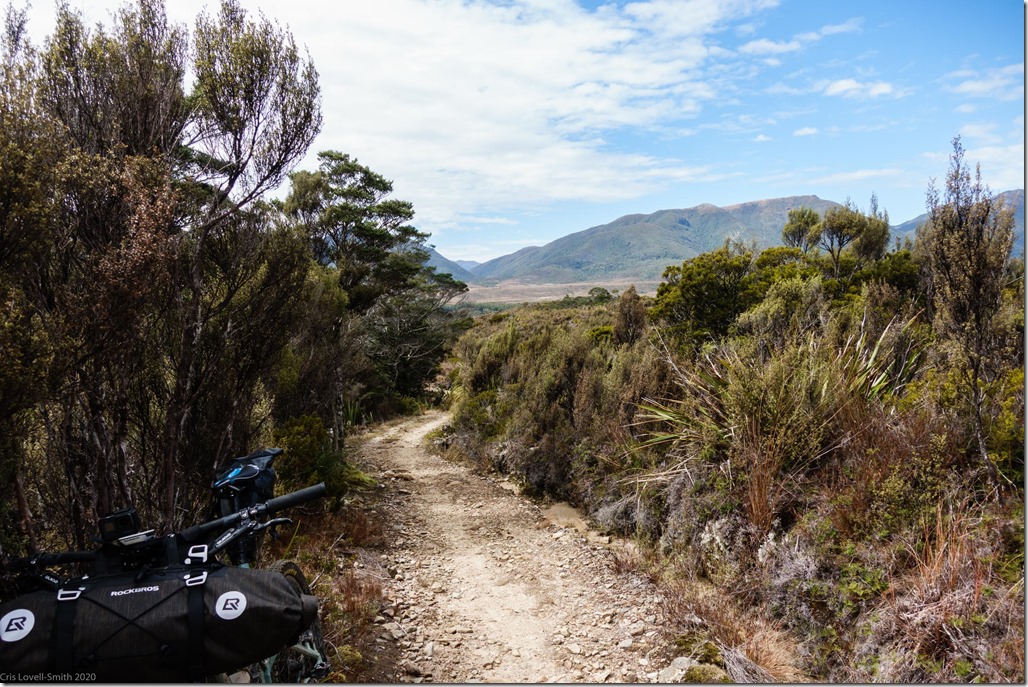 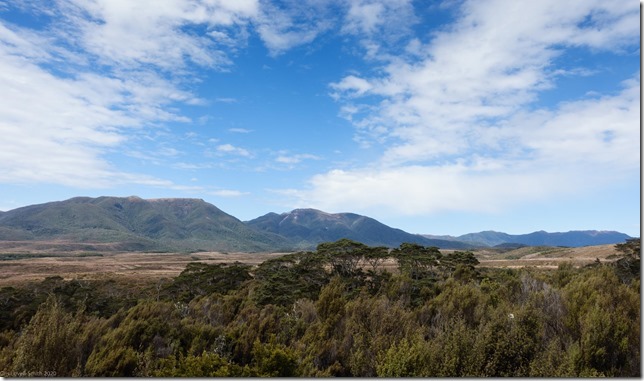 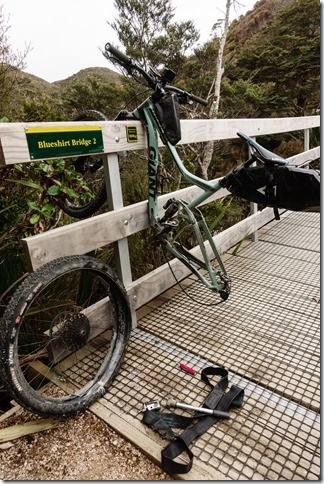 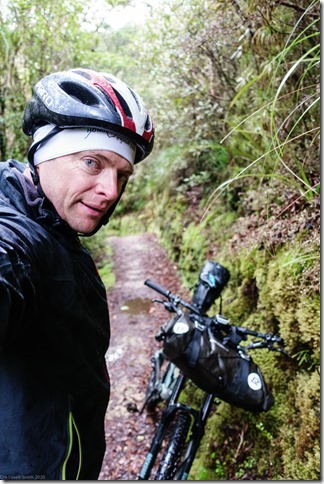 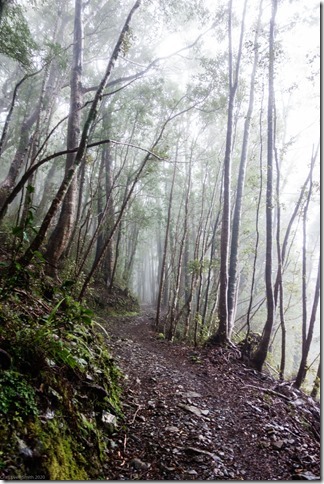