To keep up with our trend of leaving late we headed off from our camp in Corte at 11 am on bikes. We rode up the Restonica valley as far as the rode went which meant about 800 m of climbing next to a nice river. At the end of the road we left the bikes and continued on foot stopping at the river for a refreshing splash and some food. We headed up to Lake Melo, took a few photos, then headed back down for a fun descent back into the heat of Corte.

We did a small tour of the town in the evening stopping for extremely oily pizza at a restaurant followed by an icecream. 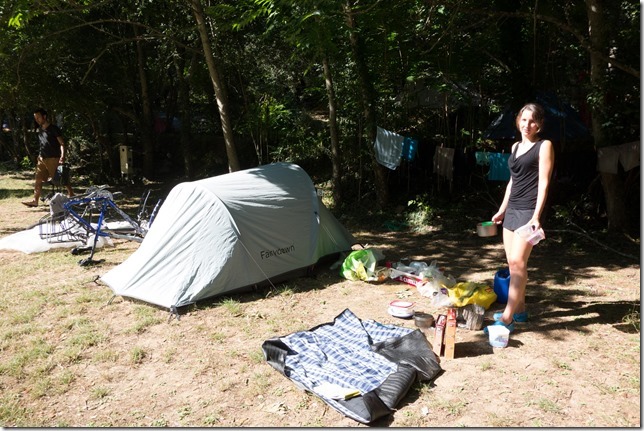 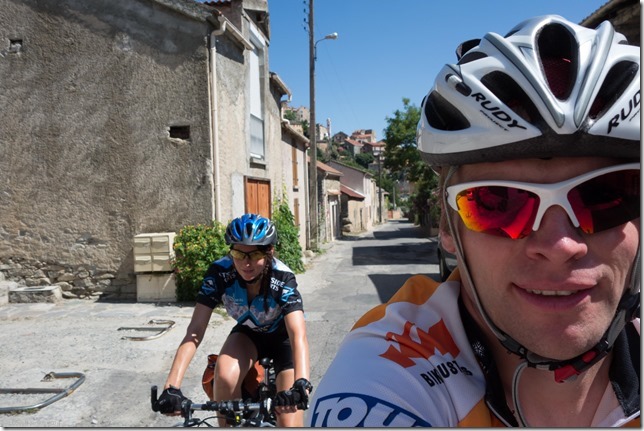 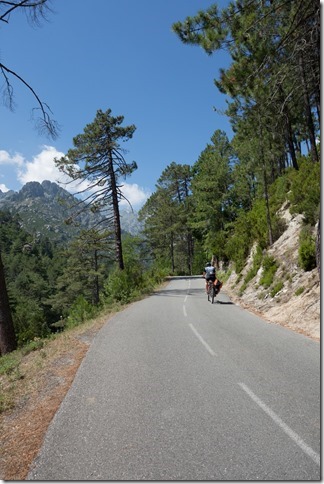 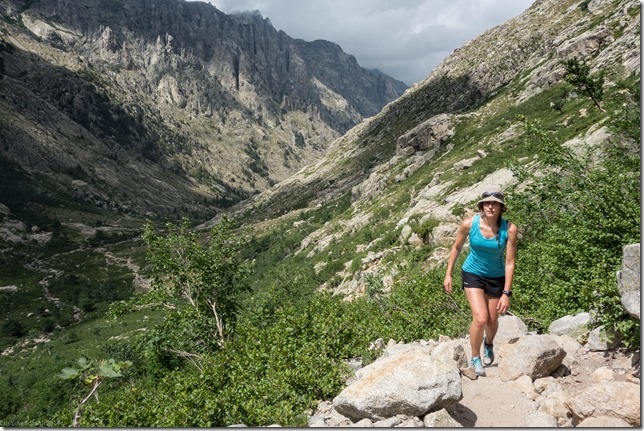 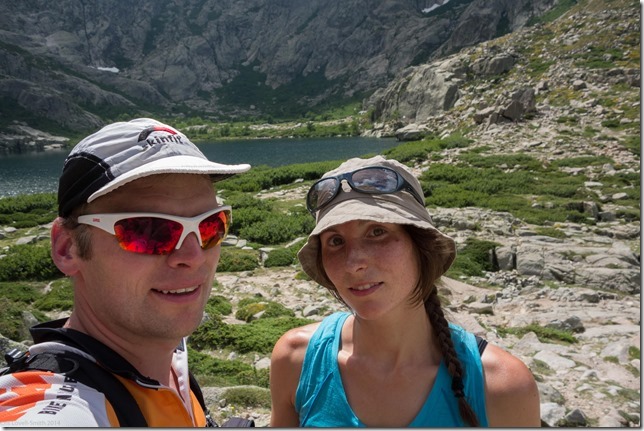 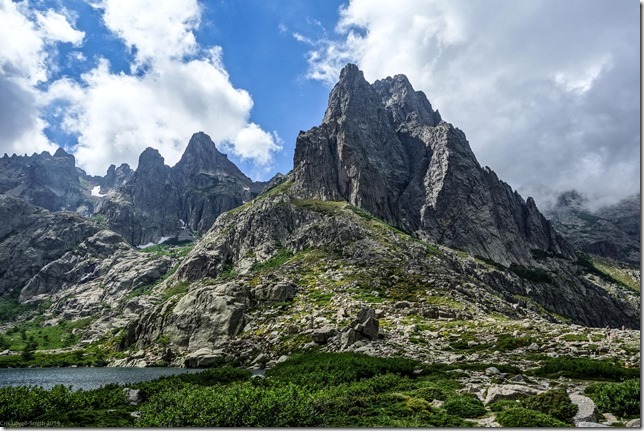 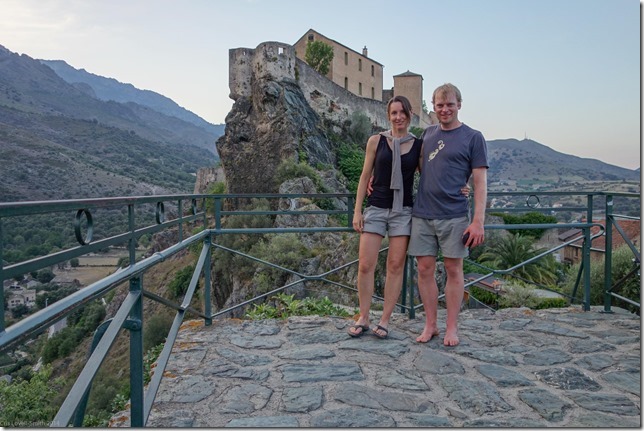 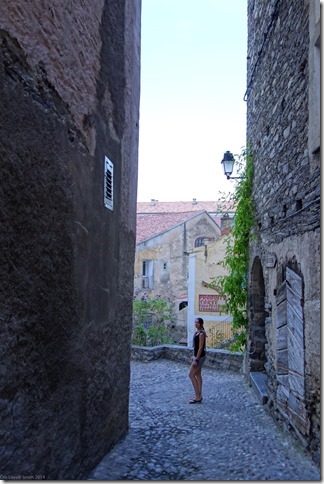 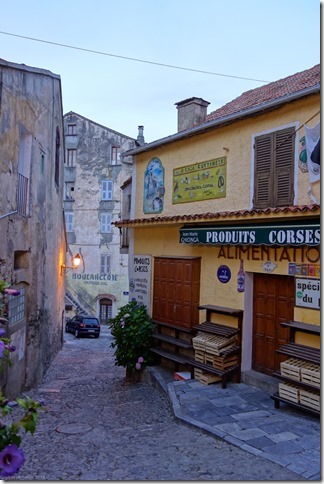 3) Riding up the hill in the heat.

4) Leonie walks up the path to Lake Mélo.

6) The peaks behind the lake Mélo were jagged.

7) We had a look around the town in the evening. 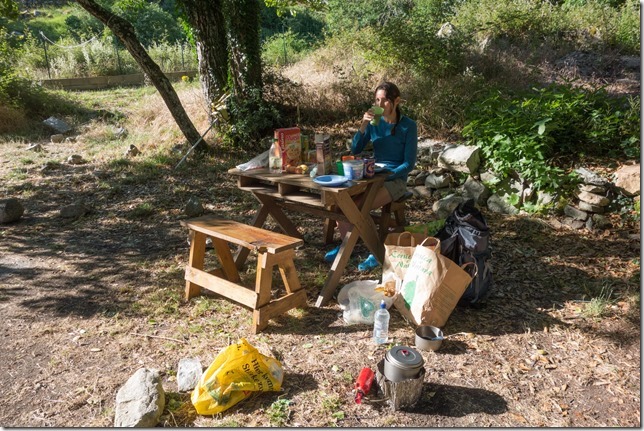 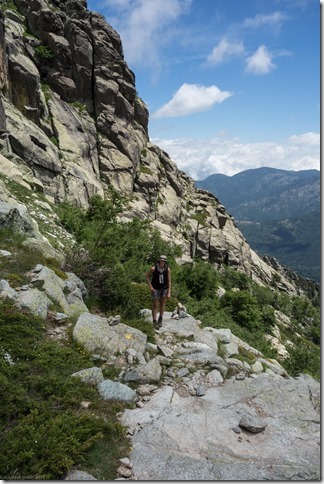 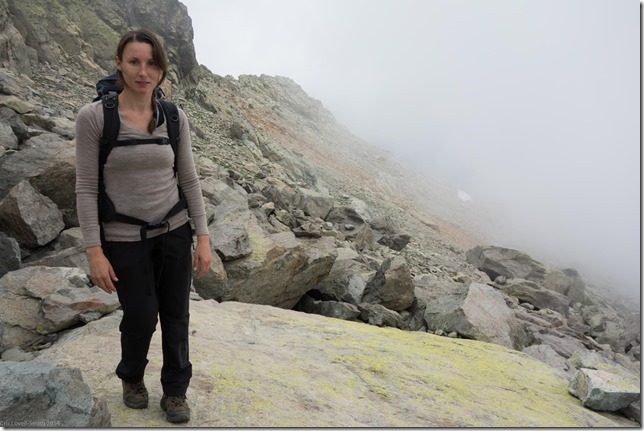 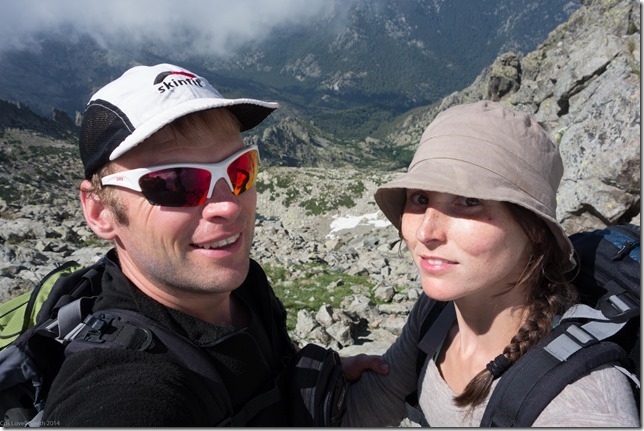 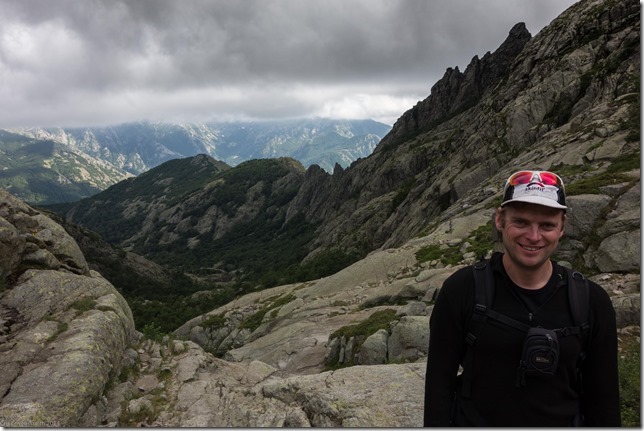 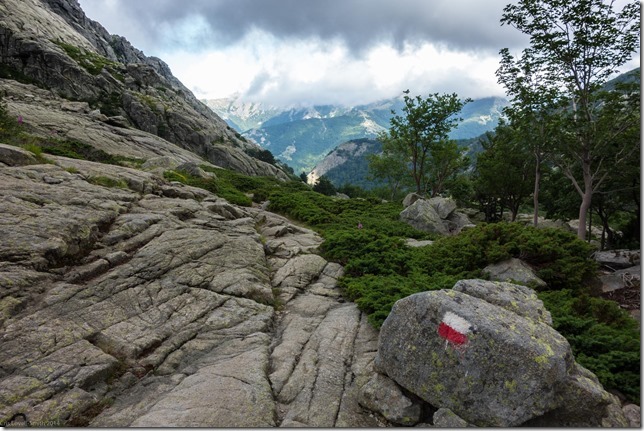 We left our campsite in Zonza in the morning and drove back over Col di Bavella. It was quite a steep descent with forest on either side of the road. We caught glimpses over towards the rocky cliffs on the other side of the valley and at one corner with a bit of a view we stopped for breakfast. We climbed up onto a little rocky patch, set up the cooker and began breaking our fast. Yum, stewed fruit, hot chocolate, cereal…

We then drove on until we began ascending again towards Bocca di Larone. We parked the car on another corner and walked along a little track towards one of the rivers coming out of the valleys. The track was narrow and rocky with exposed bits down to the river below. We picked our way along it for about 45 mins until we reached a nice looking waterfall, we climbed higher and found a bunch of smaller waterfalls and rock pools, and groups of people canyoning.

We headed another hour up the river along a path full of as Leonie called them, spooky bits. Later we came back down to the waterfalls and had a go bum sliding down the smooth rocks. They formed great natural slides. I managed to lose my GoPro briefly at the bottom of a slide before diving down and finding it.

We trekked out in the evening and drove on further to the Mt Doro region. 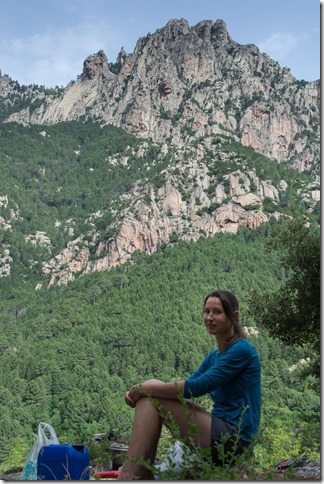 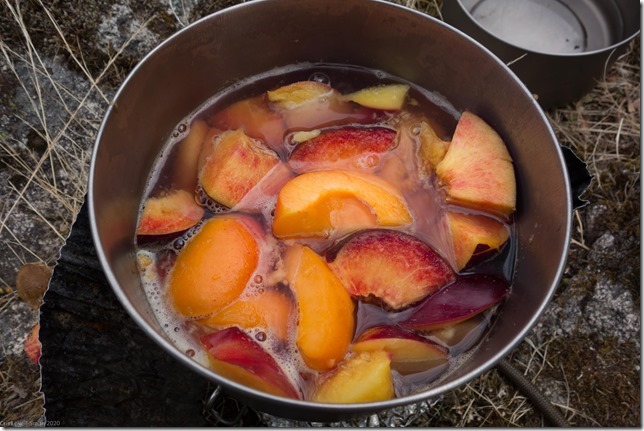 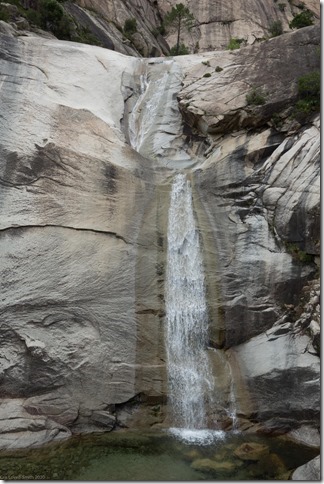 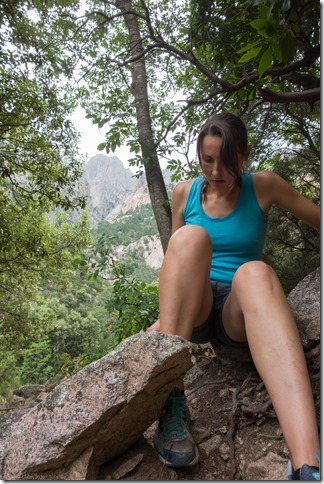 1) We cooked breakfast on the other side of Col de Bavella.

2) It being summer we had a nice fruit stew.

3) We went in search of the Purcaraccia waterfalls. I think there are a number of places where you can go canyoning in Corsica but this wasn’t far away from Col de Bavella where we had been the day before.

4) We went for a bit of a scramble above the waterfalls which called for some of Leonie’s famous navigation on her bottom tactic. 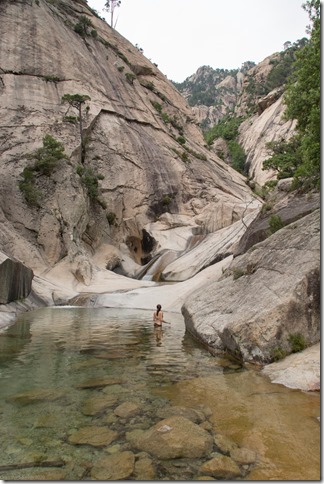 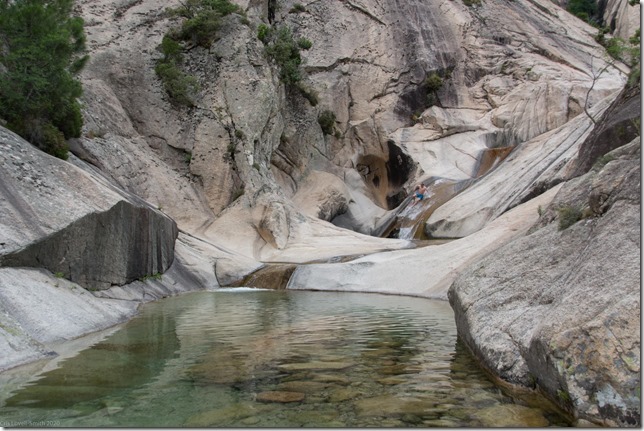 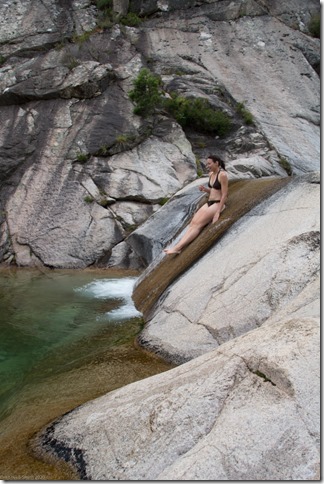 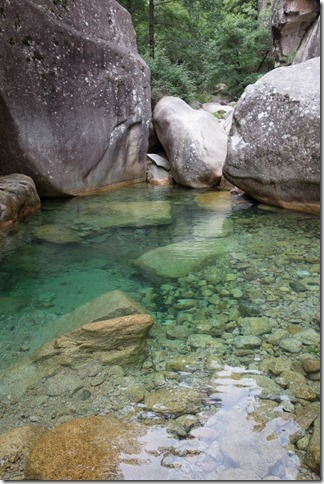 2) I tried using the waterfalls as hydro-slides which was good fun, except that my Go Pro came off my head and sunk to the bottom of a pool resulting in me searching for it for a couple of minutes.

3) Leonie tried out the hydro-slide too.