Johannes R headed home on the train in the morning and Johannes D and I went for a speedy walk/run. We headed up to Hochkalter. It’s a challenging walk with some unsecured free climbing sections. We did the entire trip in 5:30 hours which seemed pretty good as the guide said 6 hours in one direction. 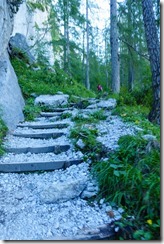 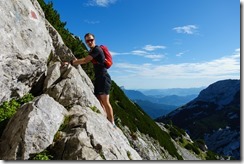 Above left: Johannes and I set off for another day mission, this time up the mountain Hochkalter. Above right: There were some scrambly bits along the way. This is just before an ungraded steep scramble. 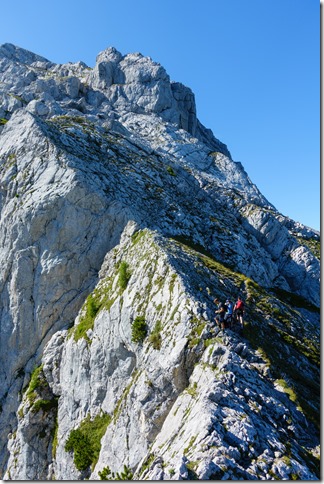 Above: We reached the ridge above the hut and continued up the rocky ascent. 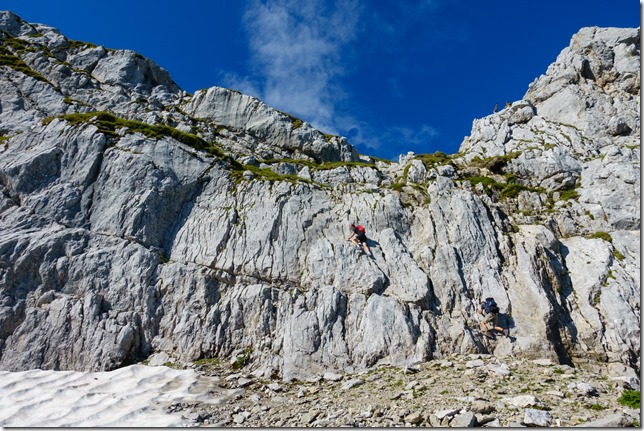 Above: There was another section of climbing. This time enough that it is graded UIAA II so not difficult. We took care on the section and continued. 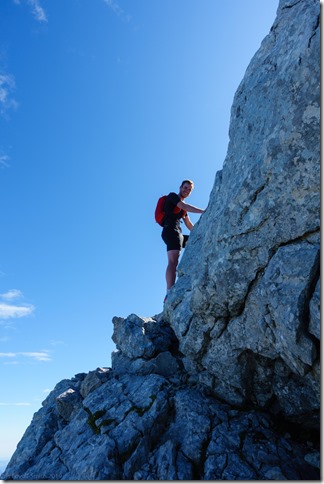 Above: We continued ascending. 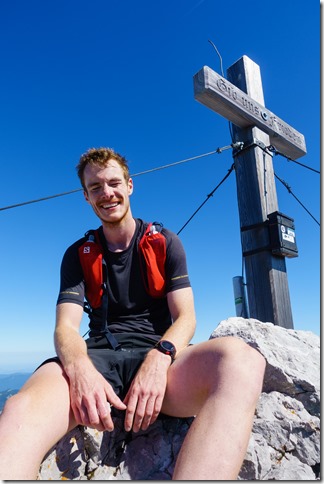 Above: We got to the summit pretty quickly. 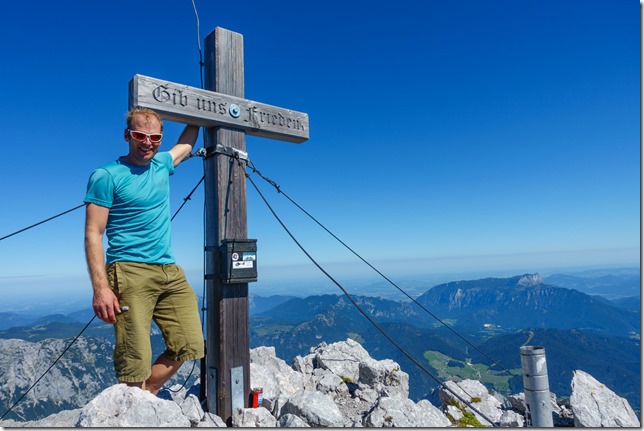 Above: Posing at the Hochkalter summit. 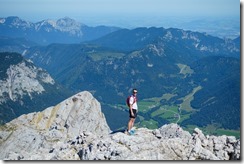 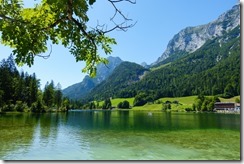 Above left: It was then back down into the valley Above right: We took a dip in the lake to cool off.

I headed to Berchtersgarten with the two Johannes’s. It being a very touristy area it took us a while to find a campsite that wasn’t full. We found one and I cooked us dinner on my camping cooker. On Saturday did the Watzmann Ueberschreitung. It’s a walk high up in the hills along a long ridge. It’s one of those classic tours that you have to do at some point. It was good fun.

We ascended quickly to a hut and then continued on at a good pace. Johannes D went ahead on the descent and I followed a bit behind, jogging once we joined the valley floor. We all caught up at a hut for a drink before walking the remaining 10km + back out. 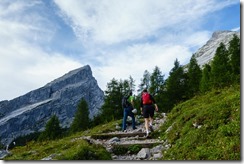 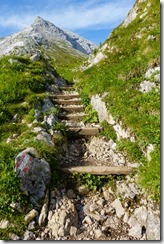 Above left: We climbed quickly into the hills. Above right: The path was a well formed European thing. 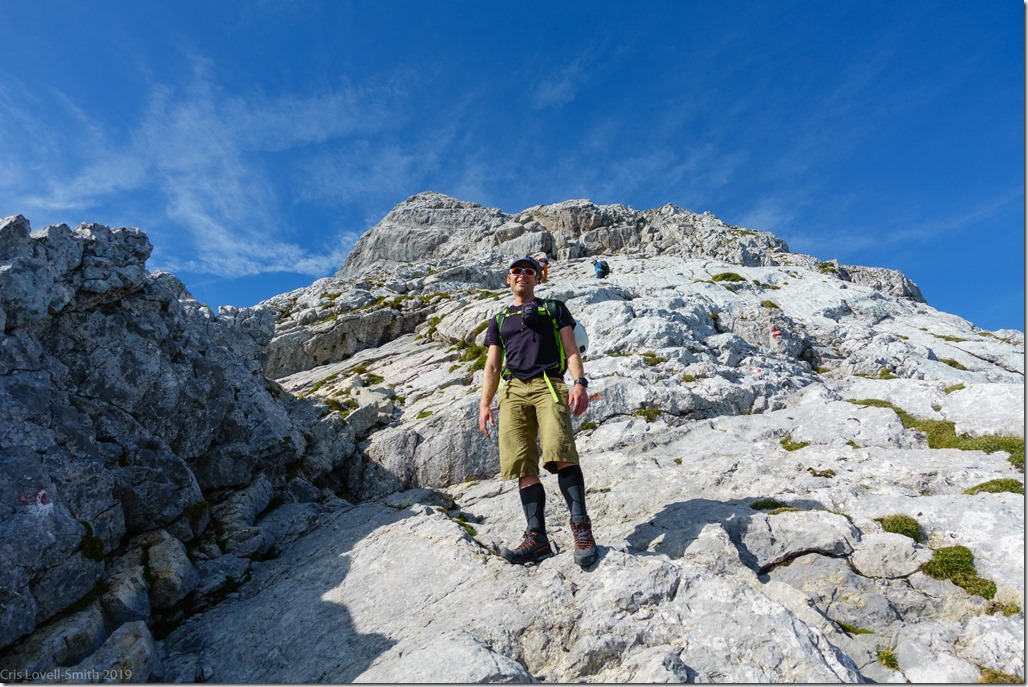 Above: It turned into a rocky ascent with the route painted onto the rock. 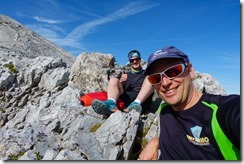 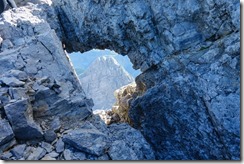 Above left: Johannes D and I taking a break to wait for Johannes R. Above right: Mountain through a mountain. 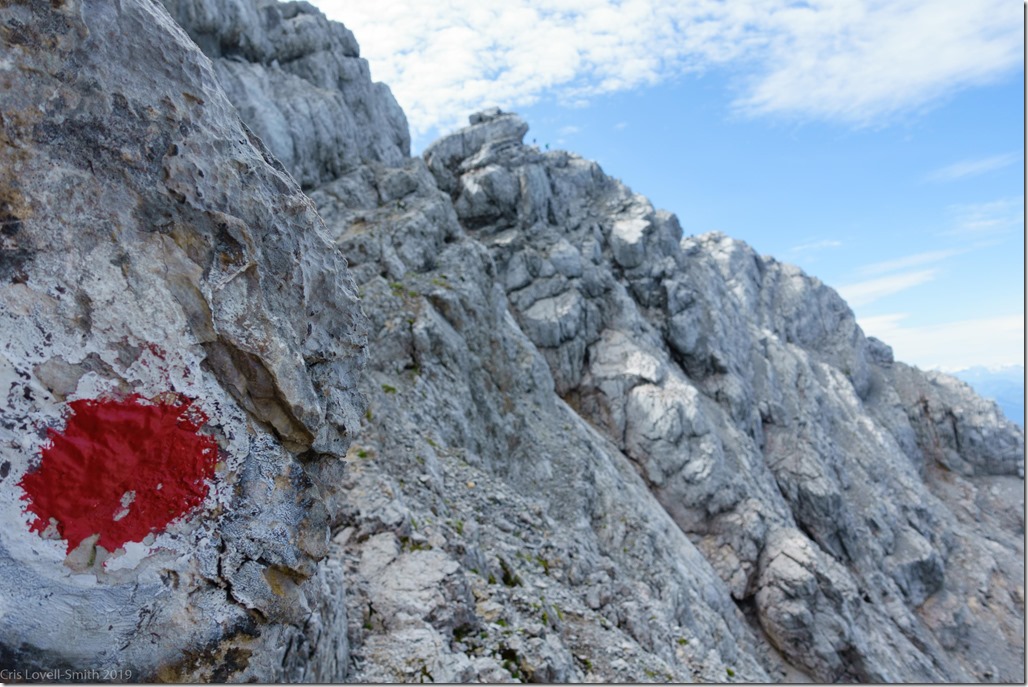 Above: The route isn’t technically difficult but it is exposed in parts. 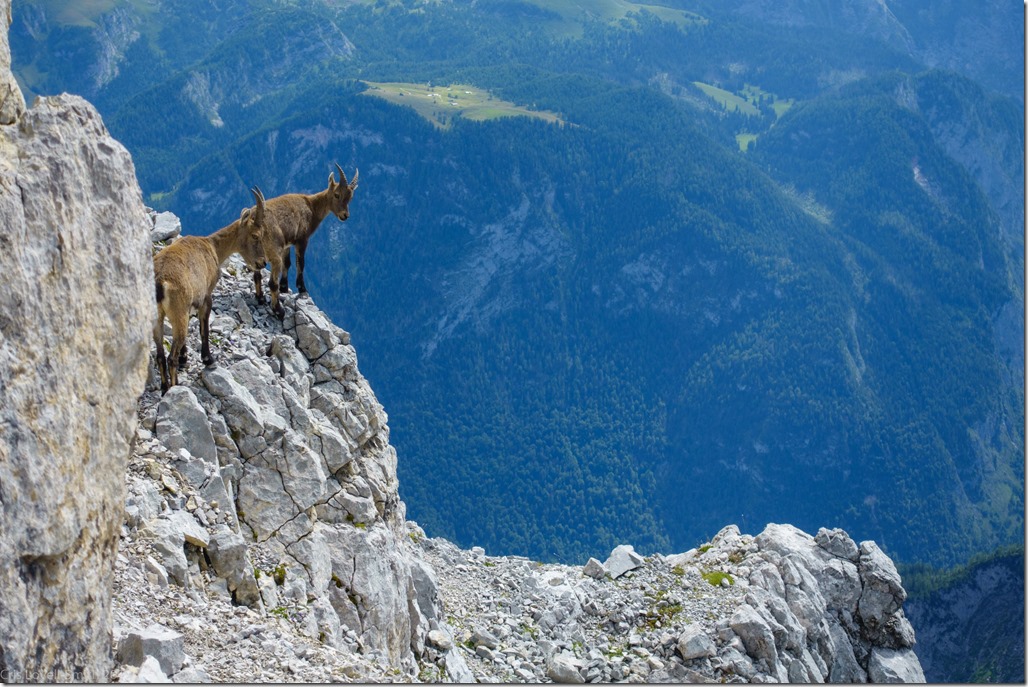 Above: Meeting the local wildlife. 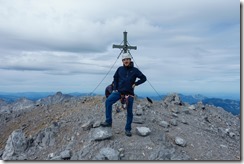 Above: Johannes R at the cross. 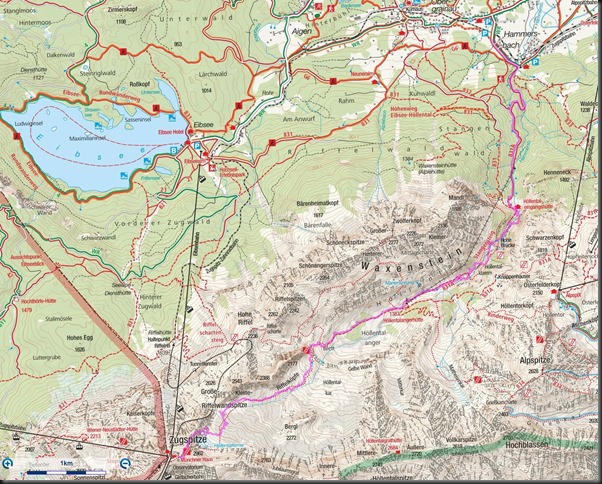 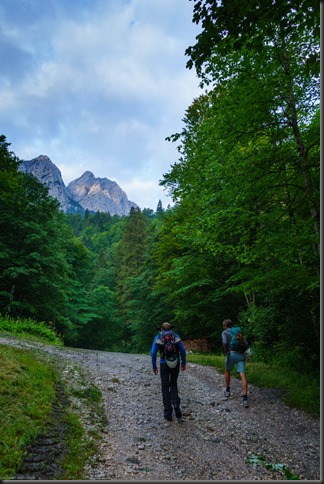 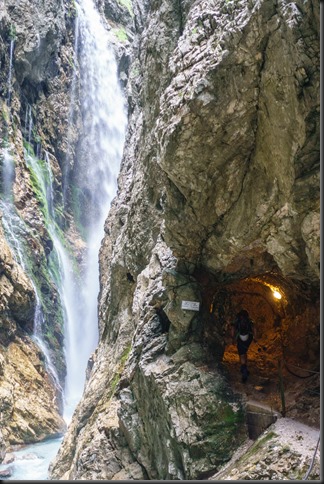 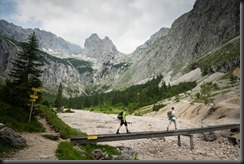 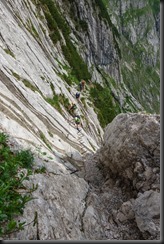 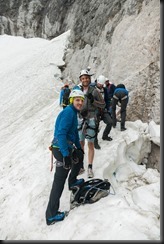 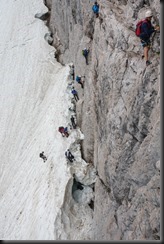 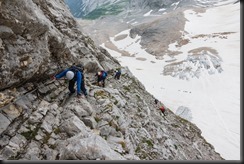 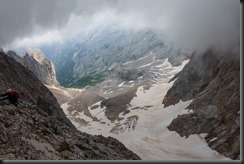