Leonie and I headed off early again, this time to Passo Valparola a bit further on from Passo di Falzarego. We followed the technically easy Kaiserjaegersteig up to Rifugio Lagazuoi where we had a delicious hot chocolate and apple struedel to reward our efforts. Then we headed back down through a tunnel system that was built in the war. The tunnels were long and constructed right inside the mountain itself. Occasionally there were passageways leading to openings to the outside. From there there were views to the surrounding mountains and down to the Cinque Torri. 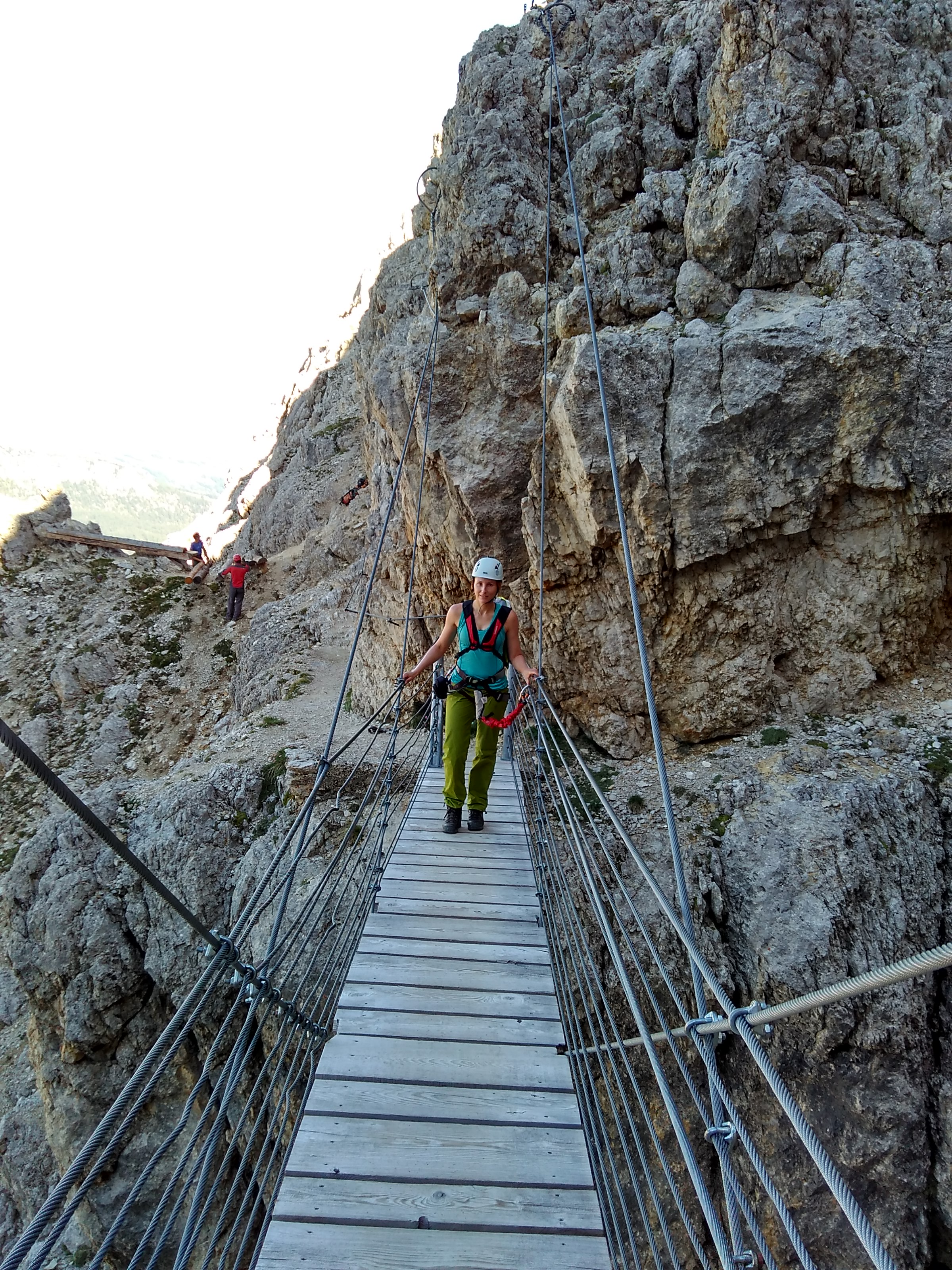 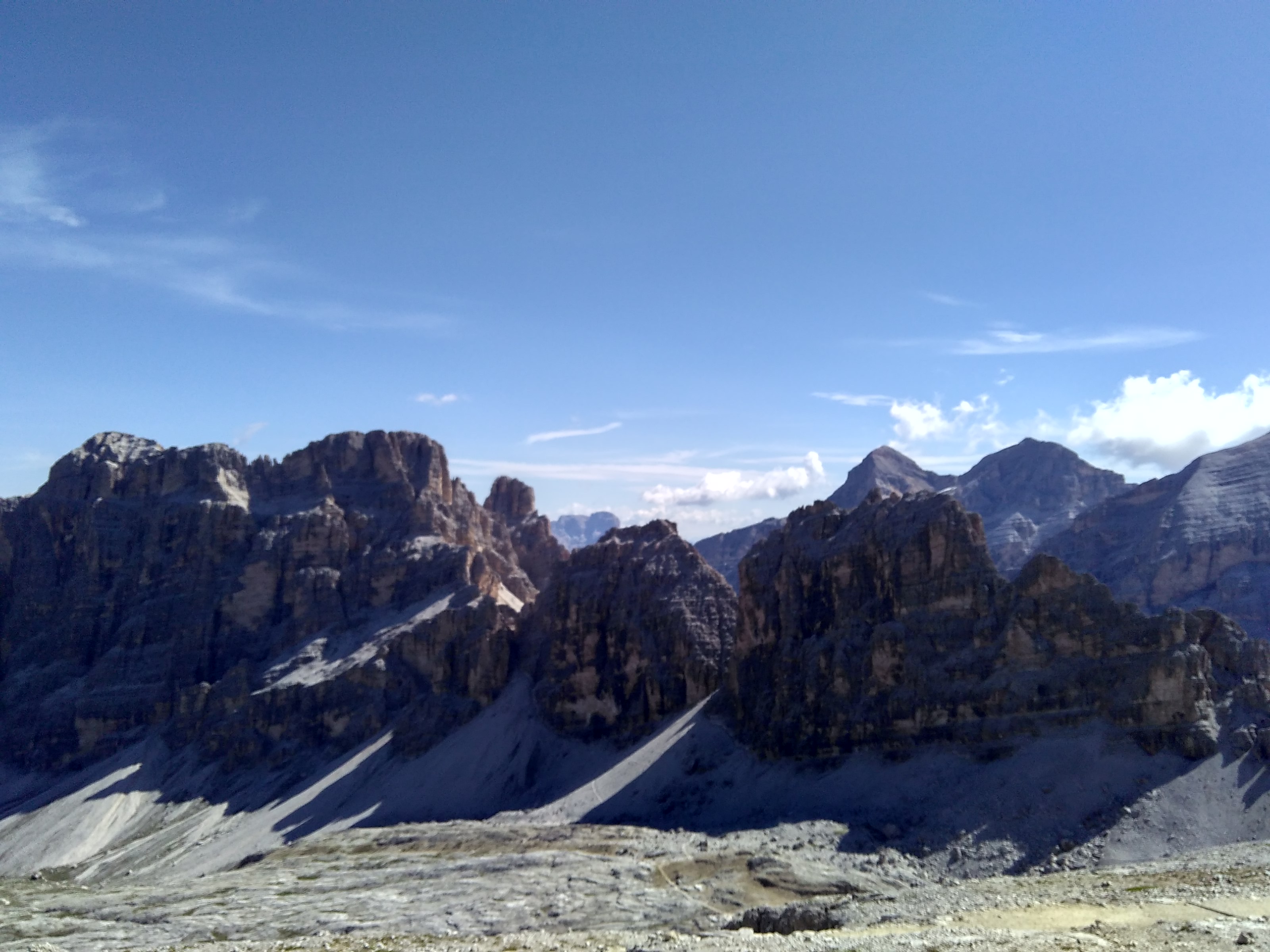 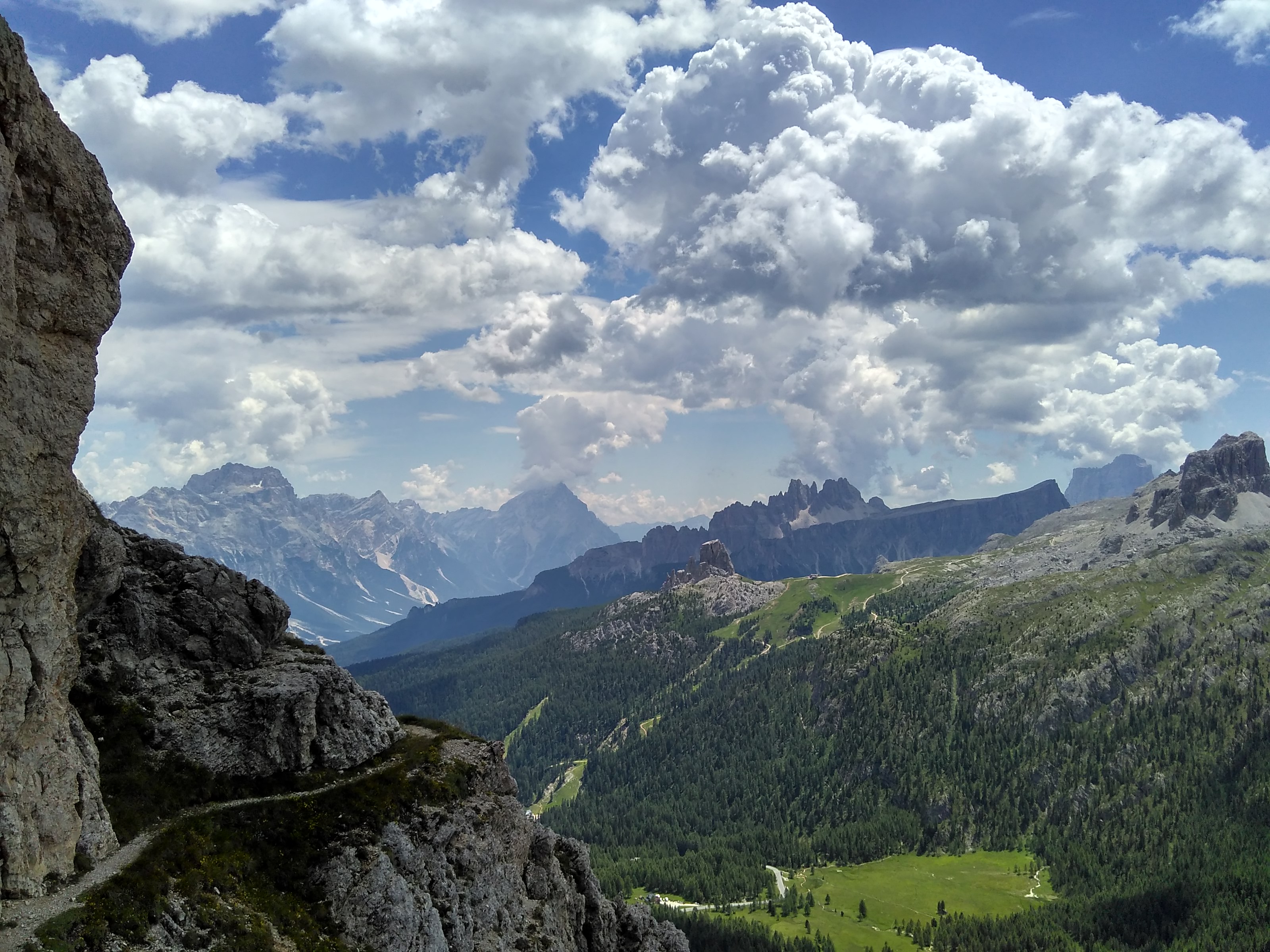 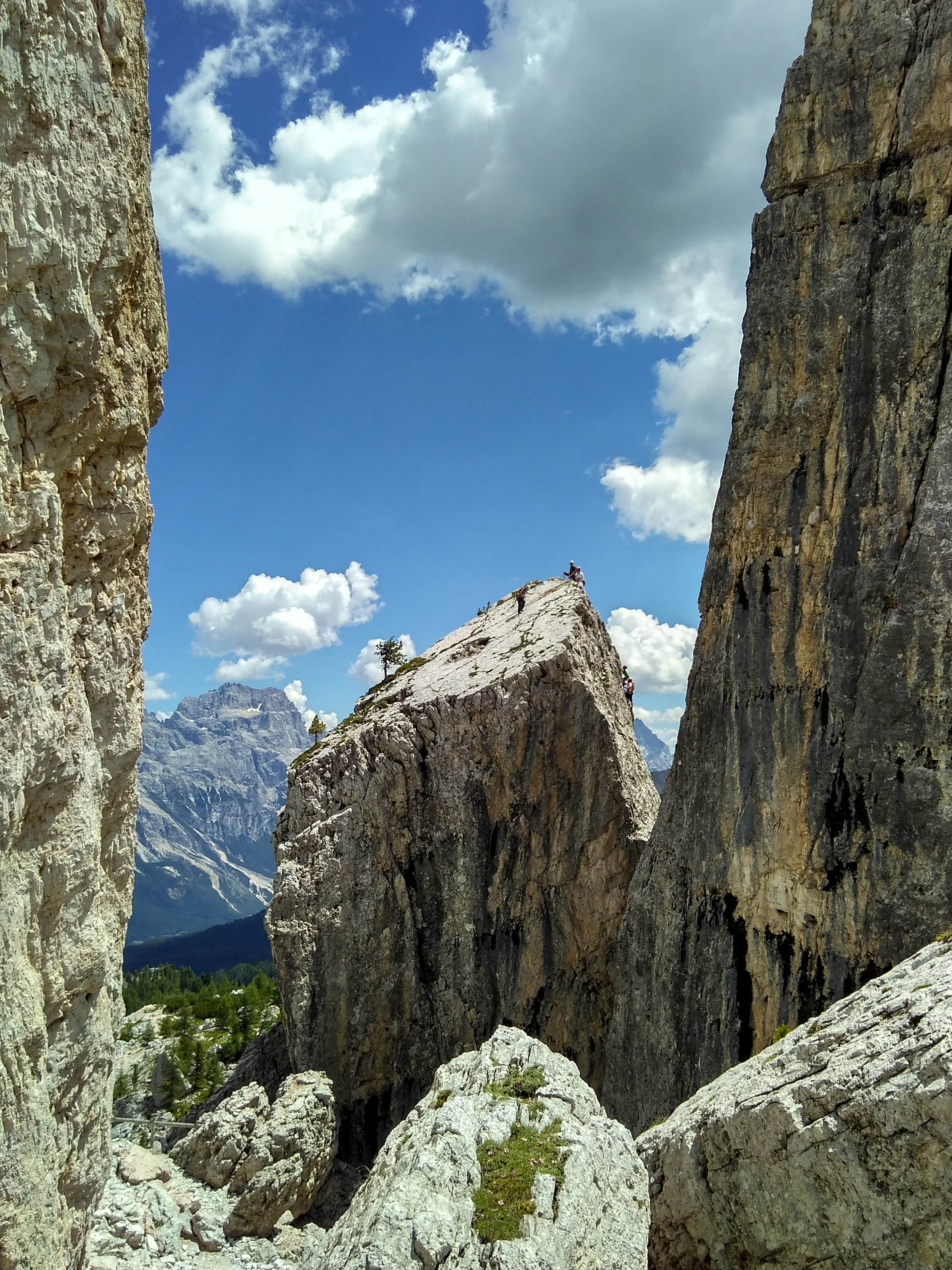 We left early again for the 5 towers. The plan was to do a multipitch route that we had been eyeing up yesterday. On arriving we weren’t sure whether the last pitch would be too hard for Leonie so we went and checked out a funky tower instead.

I lead the first pitch and then belayed Leonie from the anchor. She bailed after not long and instead continued belaying me from the ground as I went in search of the next anchor. I figured that the two pitches wouldn’t be longer than 60 m together and if they were longer than 30 m I could abseil back down to the first anchor.

It was pretty run out between bolts and I was not at all keen to fall but the route was very easy so it wasn’t a problem. I discovered the next anchor on a large rocky outcrop from the main tower. Leonie decided to try it again and made it up this time.

I set up the safety at the anchor so that we both had enough rope so we could walk around a bit. I then had a quick breakfast and started into the 3rd, errr 2nd pitch. The route headed off to the left and was sparsely bolted. I was again really not keen to fall. I managed it to the top and enjoyed the awesome view.

Leonie lowered me back to the anchor and I lowered her back to the ground before abseiling myself. It turned out the 60 m rope was long enough so that both strands reached the ground.

We celebrated with a cold drink at the nearby refugio before doing another climb and then heading back down to Cortina for some lazing. 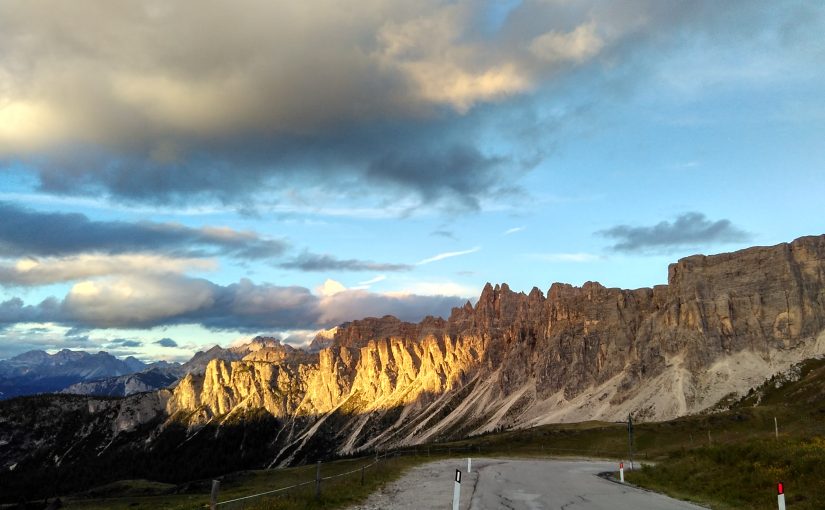 Leonie and I got up at 6 am to avoid the crowds and drove up to the Refugio “Cinque Torri”. The weather gods were happy and the sun was shining. We ate breakfast at the car with the awesome rock towers of the 5 towers behind us.

We then headed slowly up to Averau. It’s a peak a bit higher up. There’s a short easy via ferrata at the beginning of the climb followed by an easy walk to the summit.

We headed back down via a Refugio for hot chocolate and cake and then it was time for some sport climbing. We found a bunch of easy routes around the 4 or 5 grade.

The towers are very impressive and the longer routes look very interesting. I eyed up a bolted 3 pitch route. There are also many longer trad routes. These I didn’t eye up. 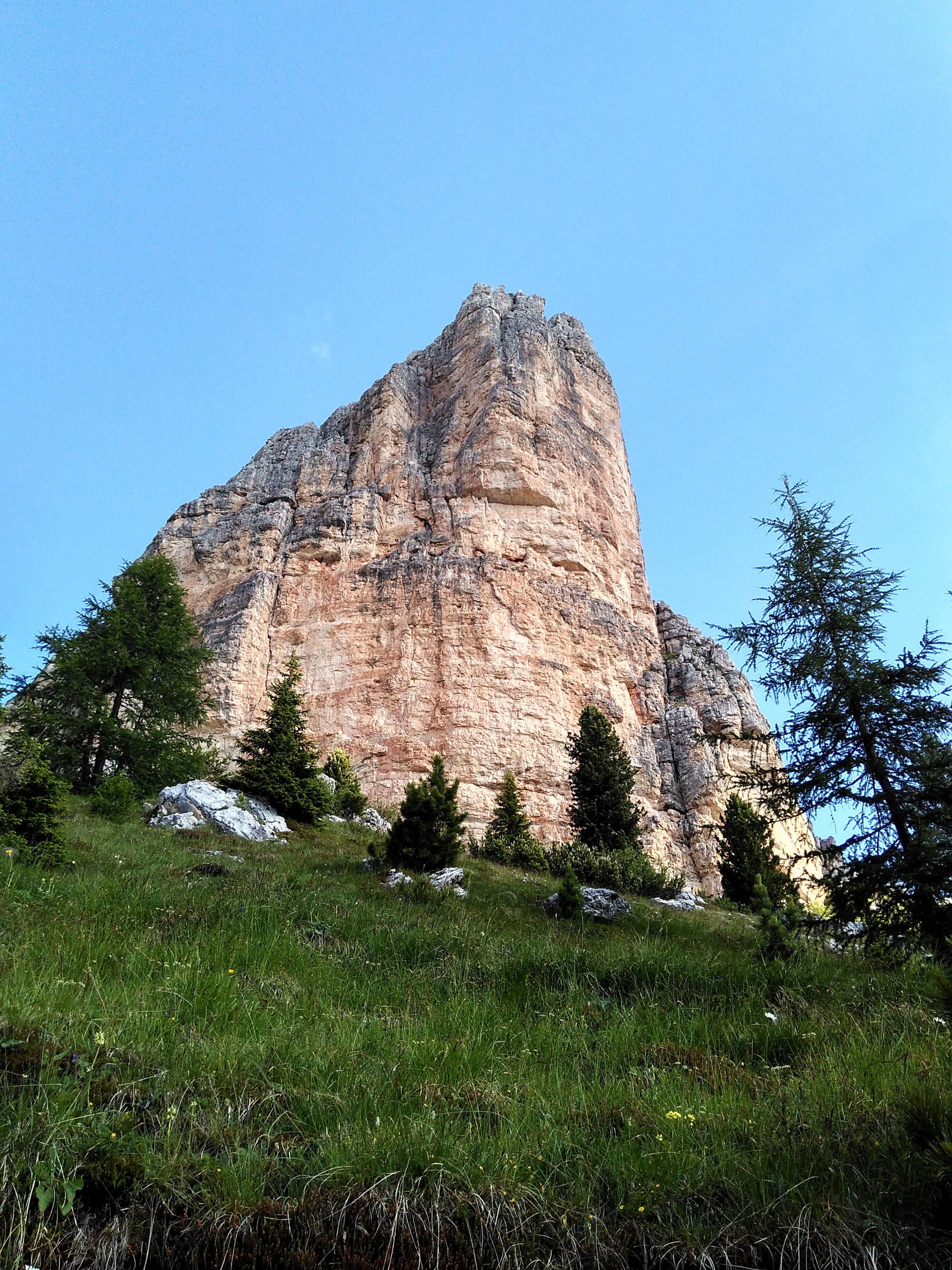 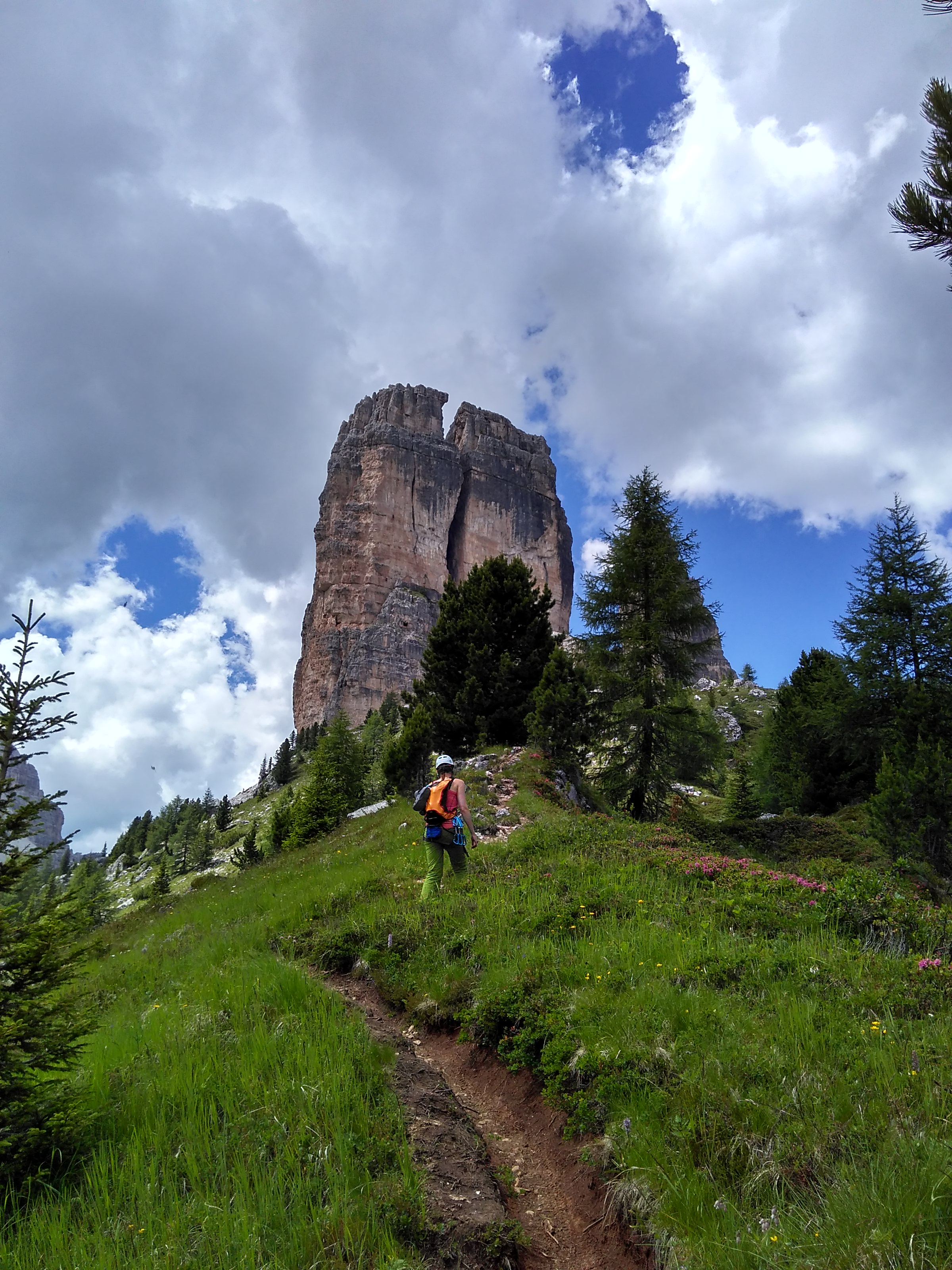 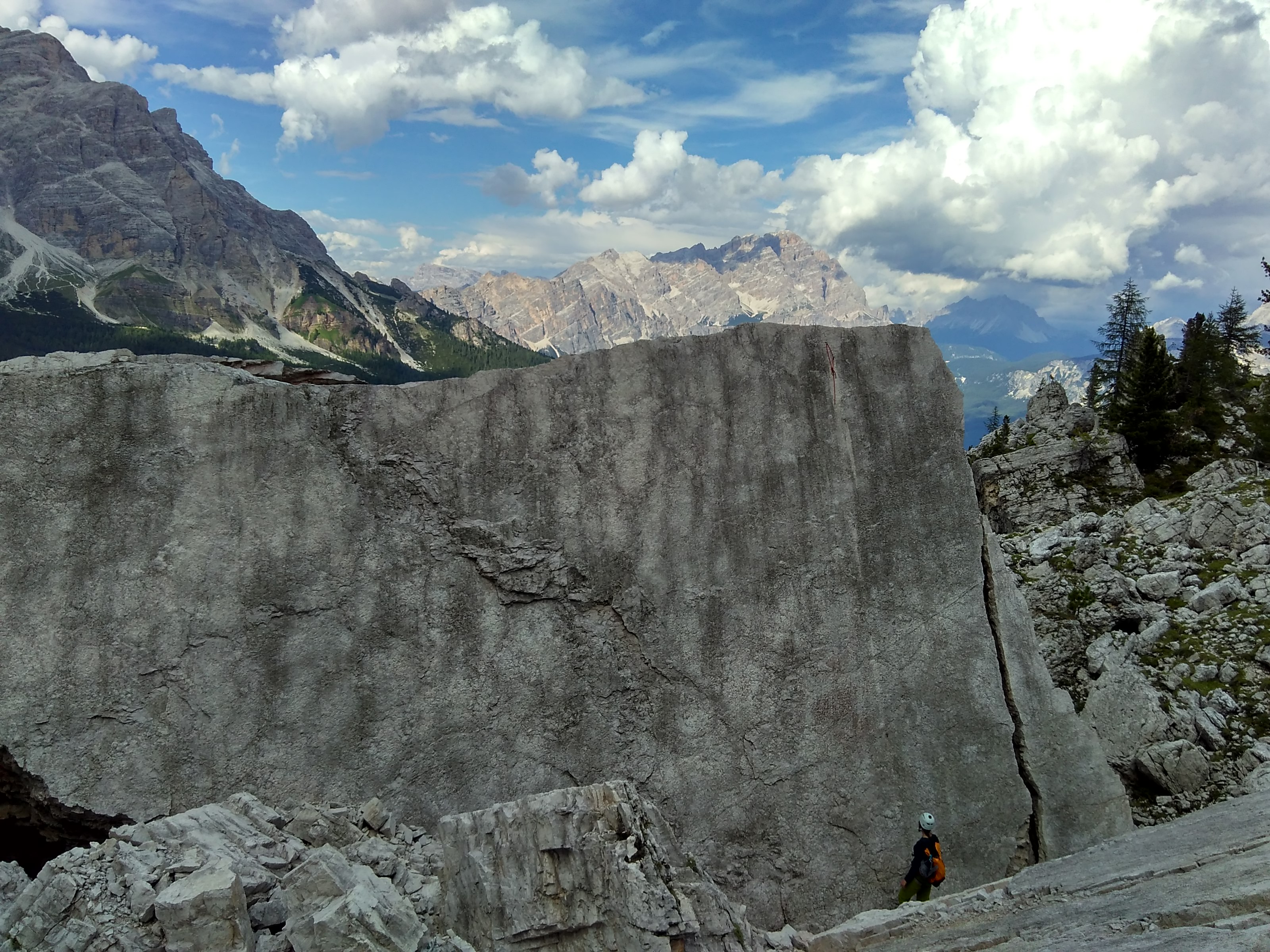