We left the Jamtalhuette at 8 am with blue sky and sunshine and headed up to the Hintere Jamspitze arriving around about midday.

We then had a small descent, followed by a short ascent and then another descent and we were on the other side of the glacier. We skied across and climbed up towards the Dreiländerspitze. A ski depot and then a scramble with ice axe and crampons up to the summit. The climb was very exposed in parts and I would have not been keen to do it if the snow had been hard or icy. The conditions were ok though and after clipping ourselves into a sling around the summit cross for some photos we descended again to the ski depot.

From there we had a really nice descent down to the Wiessbadener Hütte. It was steep from our ski depot but enjoyable and nice snow. It then flattened off a bit. Everywhere blue sky and white snow. Yum. 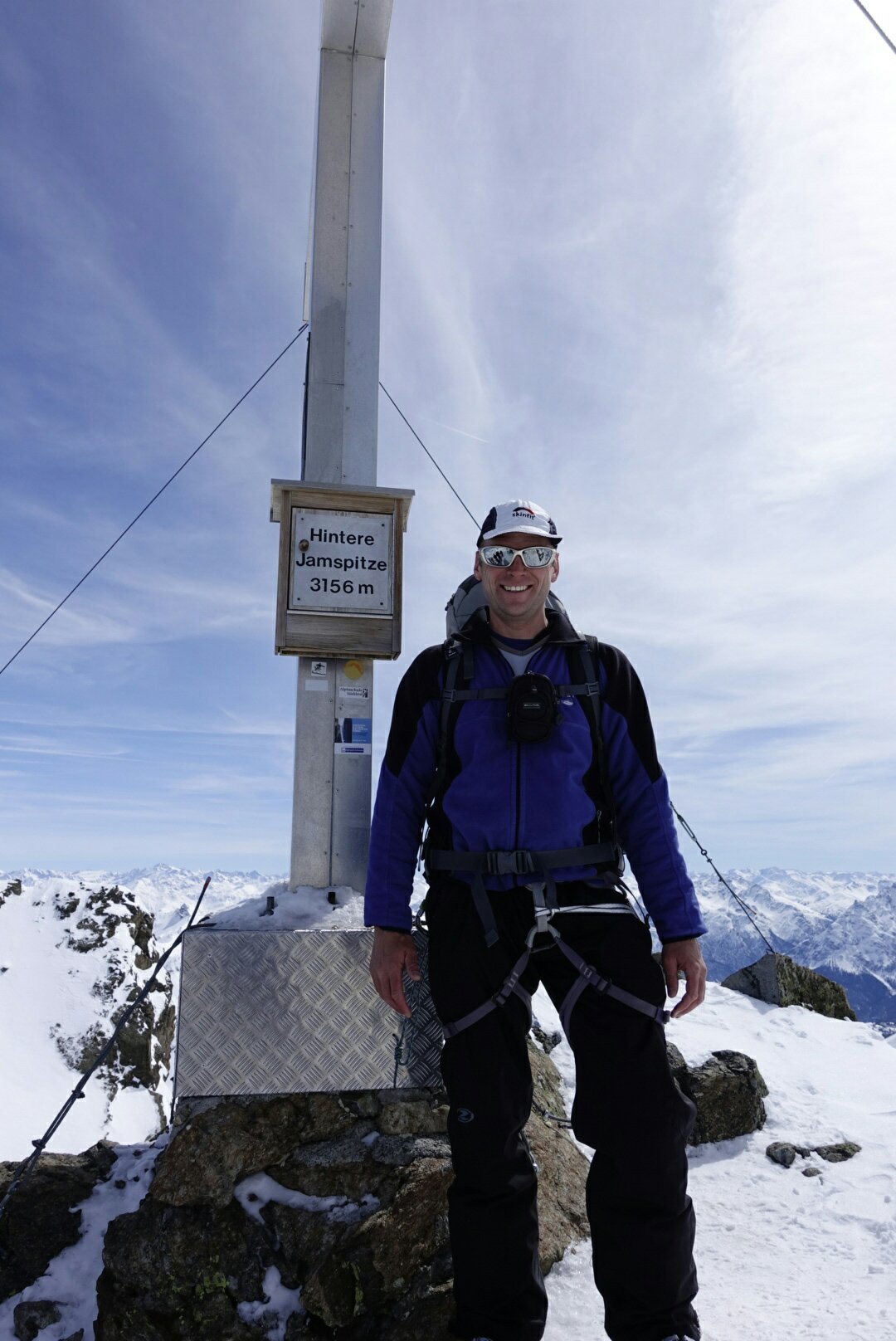 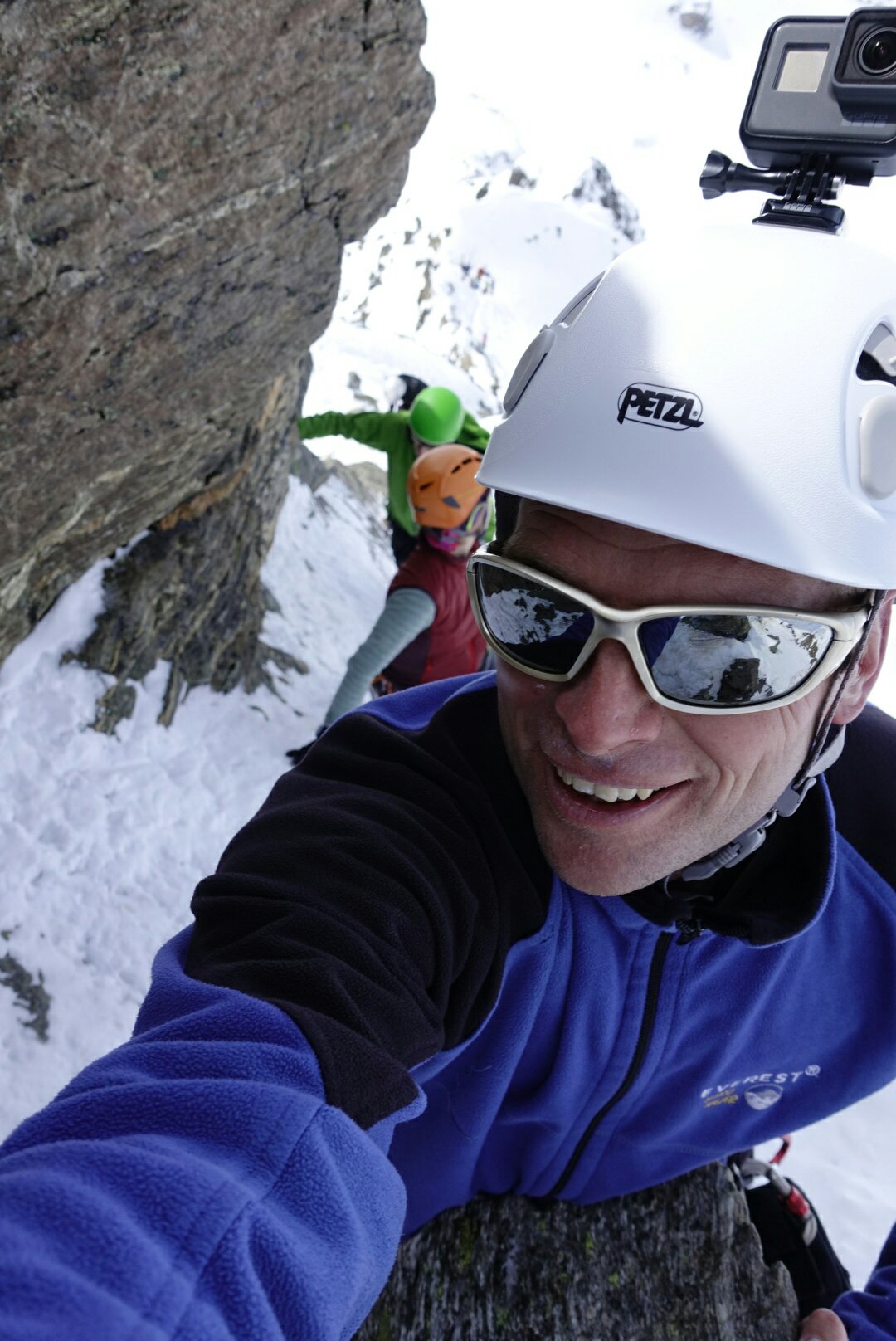 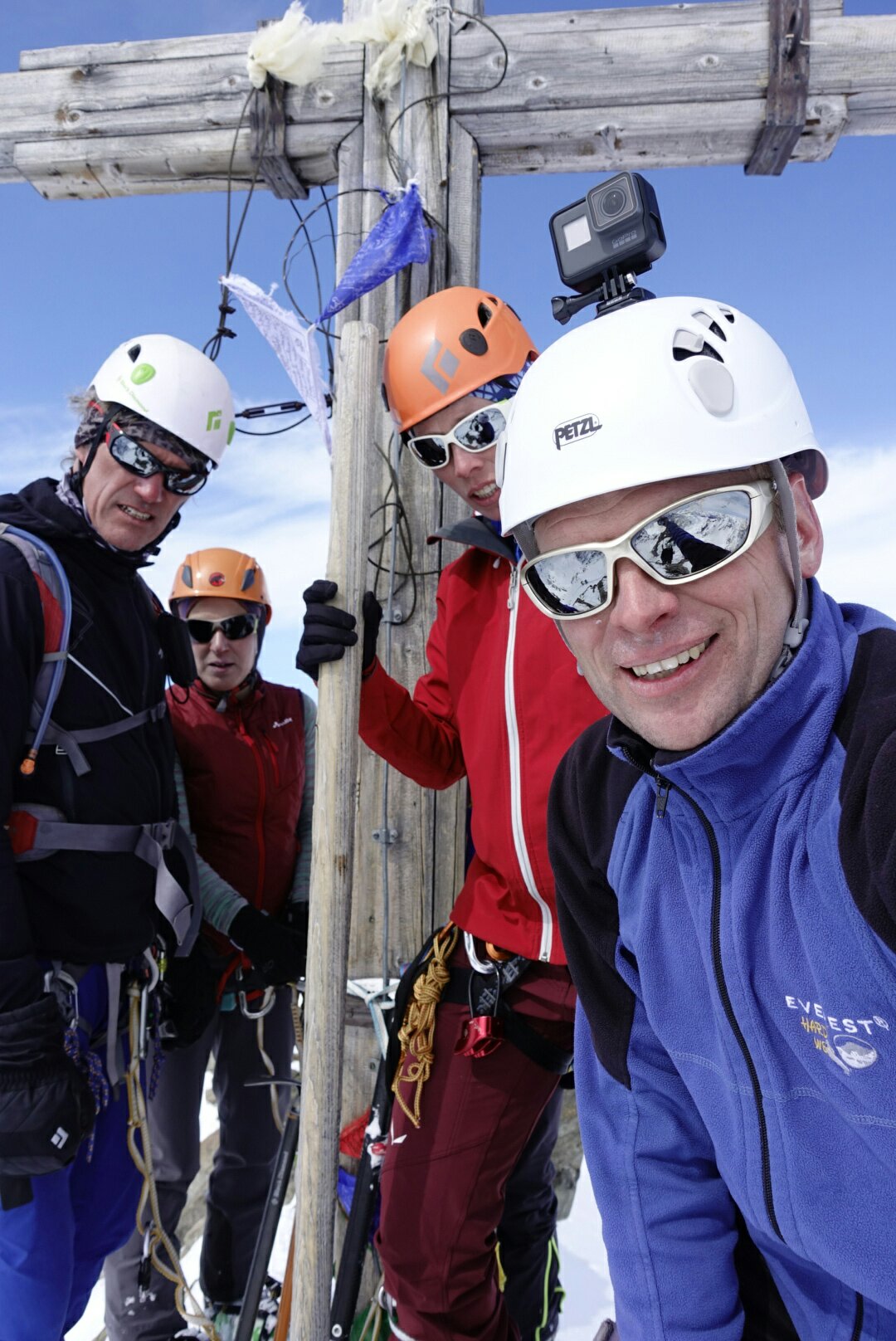