This year we were treated to a cool but dry start and a sunny and warm finish. The conditions were almost perfect. The race went quite ok but I was a bit slower compared with last year although perhaps this was within the variability you can expect from one year to the next due to things like bunches etc.

My legs were alright on Arlberg Pass and I had a good group up the valley towards the climb up to Biehlehohe. As usually happens though, my legs died on the climb and I was quite slow. It looks like the timing mats weren’t working for the climb as there isn’t anything  listed in the results for this stretch but I guess it took a little over an hour to ascend. My legs just didn’t seem to have any zing. Maybe the longer week of cycling at the Giro delle Dolomiti had something to do with it. It’s a bit demotivating having other cyclists zooming past but it has sometimes been worse in previous years.

At the top of the climb I stopped and grabbed something to eat before descending. I was somewhere in the middle between bunches. There was nobody around. I had had a large bunch on the way to the climb but that had got away. So I rode alone for maybe 15 km(?) before a couple of guys caught up and then later a few more. We had about 15 in the group as we neared the end of the descent.

I usually suffer on the ride up the valley but perhaps I had had time to recover on the descent and the pace up the valley seemed slower than usual. Unfortunately a few km before the finish a huge group caught up and we rode with them to the finish. My legs were so flat that I couldn’t do my usual sprint over the finish line and came in at the back of the group. Still my time wasn’t awful. I measured something like 5 hours 2 minutes but the official time was faster. This was because they neutralised about 6km of the descent after Arlberg Pass due to roadworks. This removed about 15 minutes of the race and meant I descended more slowly than normal. So between this and the slow descent from Biehlehohe I may have lost perhaps 15 minutes meaning I would have had the same time as last year. So all-in-all it wasn’t a bad performance just that I felt I should have been faster on the Biehlehohe climb and was hoping I might be a bit fitter this year.

I didn’t hang around long after the race. I packed up my tent at the campsite in Pettneu and caught the train back to Lochau. 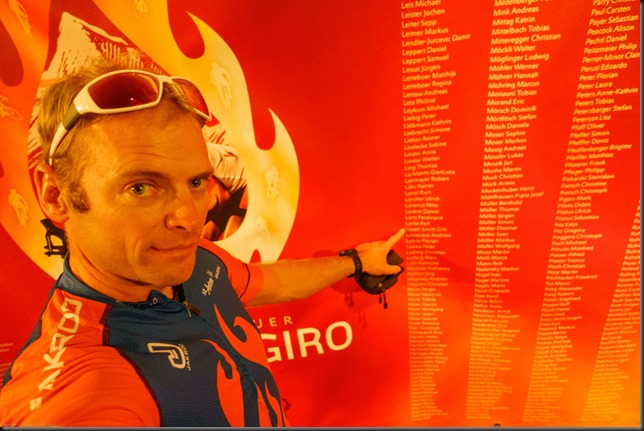 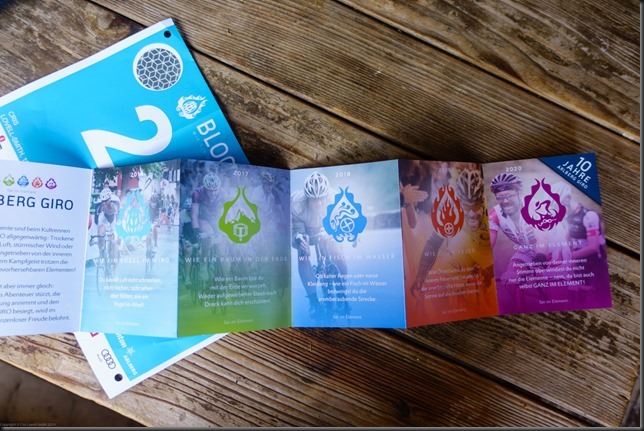 Above left: This year I was alone at the race. I took the train from Lindau and stayed at the campsite in Pettneu. Here I am at the race registration. Above right: I’ve ridden the Arlberg Giro a lot, almost every year since 2012. 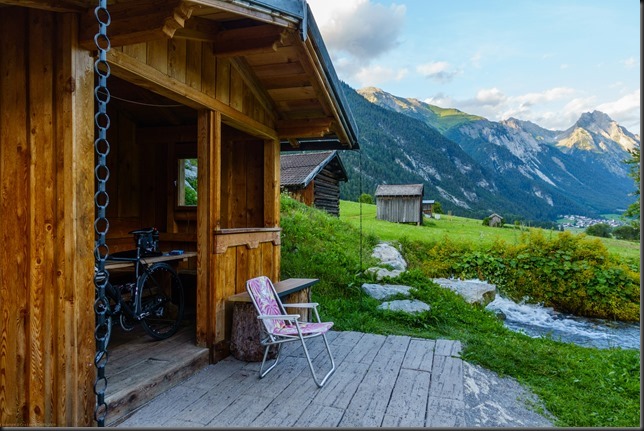 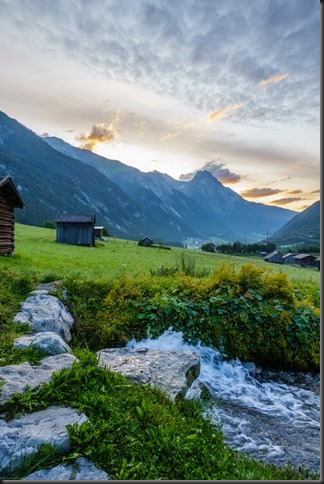 Above left: The campsite in Pettneu is near a small stream. Above right: Each year I take a picture similar to this one. 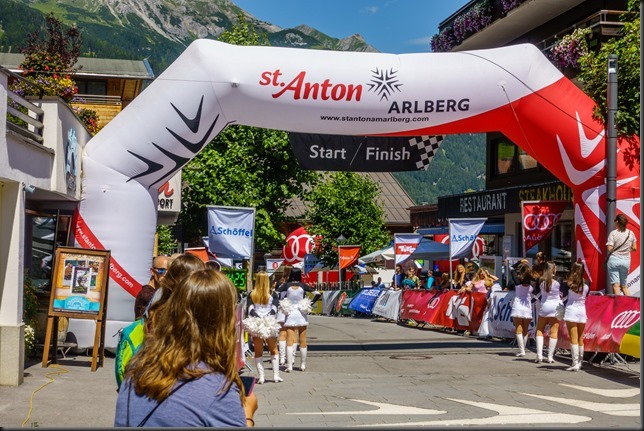 Above: Dancing girls have been a feature at the finish line for the last few years. I’m not sure whether that’s a good thing.