The sun was out as we left Kidds Bush, however, as we drove further along the side of Lake Wanaka towards Haast Pass it clouded over and there were spots of rain. We stopped at the top of Haast Pass and went for a short walk that gave us a nice view out over the bush. As we drove down towards the West Coast the weather improved again and we stopped at Fantail Falls. I went for a run up to Brewster Hut while Ari walked up the track. I got up to the hut in a little under and hour and it was nice to stretch my legs. We had considered staying at the hut but we were unfortunately running out of days. I headed back down meeting Ari in the middle before I continued down.

We had some two minute noodles by the river once she got back down and then continued driving. It was now very nice and sunny and the road was amazing. So much beautiful bush.

We drove into the evening stopping shortly before the sun went down. We packed my tramping pack hurriedly and Ari set off while I continued to sort things out quickly. Some random food, the tent in case the hut was full of kiwi blokes drinking beer and swearing loudly, a few clothes, a flying camera.

I caught Ari up and after about half an hour the sun set. It was nice walking along the track in the twilight. It didn’t take long to get to the Blue River Hut. There was a French couple there who had lit the fire so the hut was nice and warm. We cooked a quick pasta meal and went off to bed. 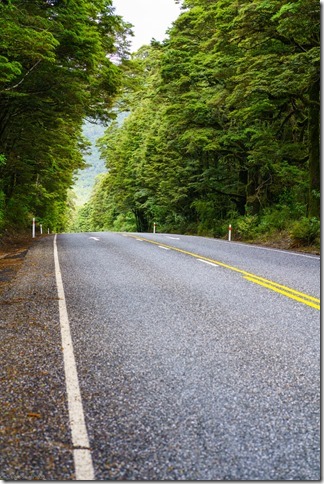 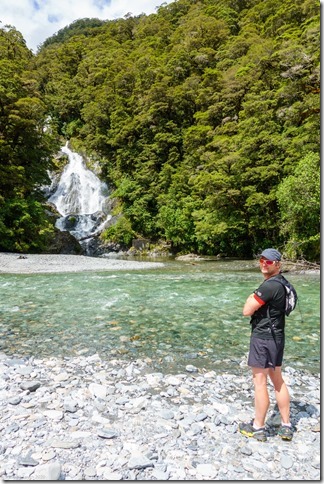 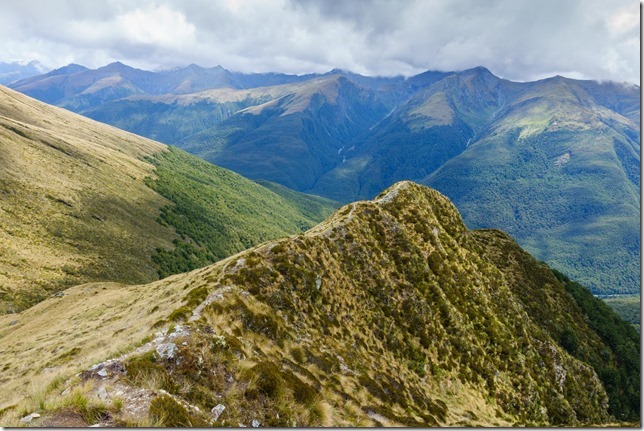 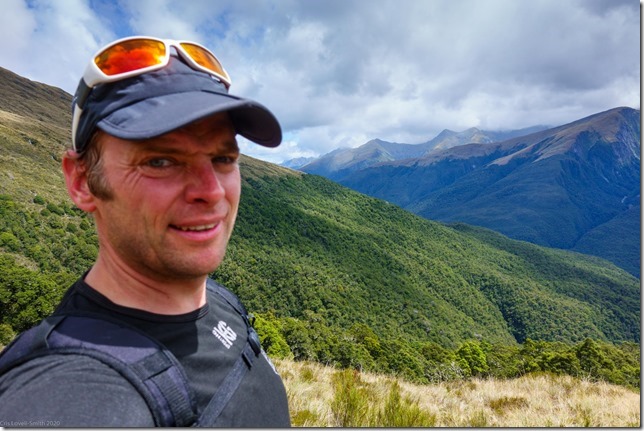 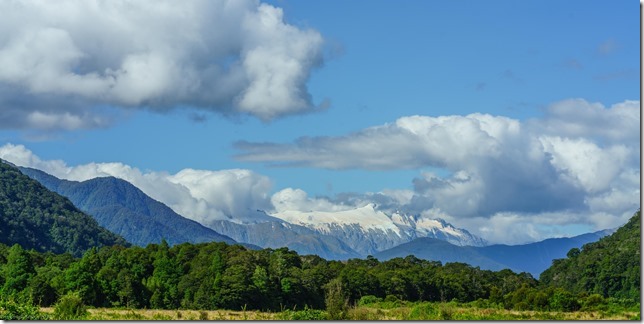 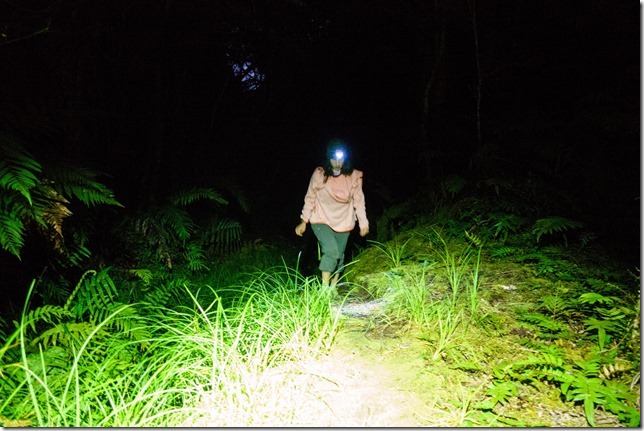 1) We left the lakes and drove to Haast Pass. We also left the sunshine at the lakes. We went for a grey forest walk at the pass before carrying on.

2) We stopped at the Fantail Falls a few kilometres after crossing the pass. I went for a run up to Brewster Hut while Ari walked up some of the way.

3) It took just under an hour to get to the top. It would be nice to spend a night up there some time. We had been planning on doing this but it hadn’t worked with the weather and the bookings.

4) I rand back down again and met Ari on her way up.

5) We kept driving out towards the coast. Here you can see red ash on the snow from the Australian bush fires.

6) Rather than camp by one of the lakes we decided to walk into Blue River Hut. We left at dusk and the light was soon gone. There was a friendly French couple in the hut when we arrived who were surprised to see us.