After a short period of rain yesterday evening it was a cool morning start, which was ideal. I’d been promoted to the B Start Block after my efforts yesterday and I lined up with those with better legs than some (and worse legs than others).

The same drill as yesterday, we started neutralised heading left and around the lake before climbing, and then descending. The route diverged from yesterday’s early on and the race started after about 5km. I didn’t hear the starting gun again but saw the race vehicle at the start of the bunch pulling away as the pace picked up. We started straight into a hill, just to sort everyone out. I dropped back a bit but managed to get a good group and we raced along windy narrow undulating roads. It occurred to me that I’d ridden them before but in the reverse direction in previous tours. We climbed a familiar road with switchbacks that I remember descending. My legs were pretty good and I enjoyed the feeling of being able to race along with the group. Familiar roads and turns continued to pop up. I must have ridden variations of this route a handful of times now.

The race is a bit of a blur. Lots of descents and climbs. I almost fell off the back a couple of times but clawed my way back to the main group. It shrank as some didn’t make it. We got to the highest point, a part of the route I remember well. It dives into a steep descent, which one year was wet, foggy, and treacherous. It was sunny today and we flew down the road gliding around the corners. The switchbacks were accompanied by the sound and smell of brakes. It’s a descent where you can get a lot of speed up which you then need to scrub off on the sharp corners and dangerous off camber bends. I’m not sure how my descent compared to previous years but I felt I was taking it a bit slower and more safely. Apparently not everyone was doing this as one rider failed to take the hair pin bend and slid into the gravel on the verge. As we came to one of the nasty sharp off camber corners the same rider failed entirely to take the corner crashing off the road into some fallen branches. I stopped, others didn’t. His bike didn’t look in great shape but he seemed ok.

I’d put in an effort at the top of the climb to ride past the stragglers and up to the front. This group that I’d worked so hard to stay with was gone but there were still others coming down. I jumped back on the bike and descended the last 100 metres and managed to get back into a good group that formed on the flat. We moved along at a good pace and it wasn’t so long before we arrived at the last small climb before the 10 km of downhill to the finish. The last part of this stage is always fast and good fun. We descended and after a flat section reached the turn to Feldkirchen, leaving the roundabout to the left. The marshalls had the traffic stopped for us. We bumped along the road, in need of repair, into town. Some started sprinting far too early thinking we must almost be there. I remembered the route though and also the criterium that I rode here back in 2017.  Another sharp right hand turn then a straight and a left hand turn, and we were on the cobble stones leading to the finish line. I’d already moved forward passing the majority of the bunch on the left, and put in a bit of a sprint closing in on the first to cross the finish line. Unfortunately I’d ran out of road to quite get him.

Riders were sitting around on the steps, seats, and next to the water fountain. Pasta with a radler. Others crossed the line, and later it began to empty as people began to cycle back to the Faaker See. I rolled off and cruised back via the Ossiacher See, where the tour has in the past always started. It was sunny and warm with Kärnten’s trademark white fluffy clouds. It felt peaceful. Idyllic. 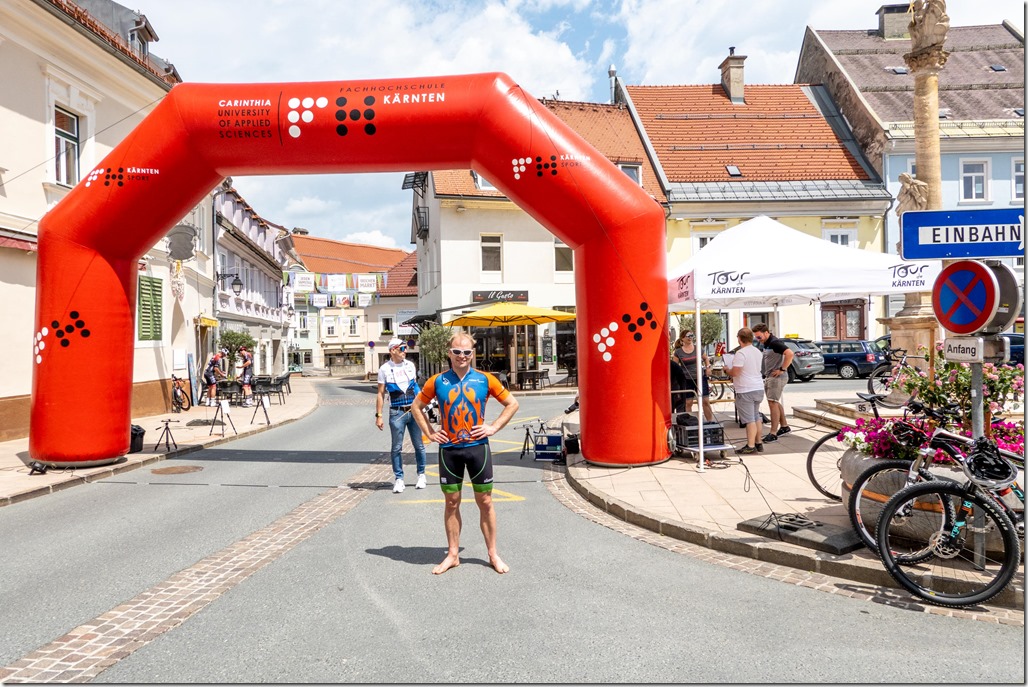 Above: I had a good race and enjoyed the last sprint along the cobblestones. The stage finished in Feldkirchen as usual and we refueled with pasta and radler in the town square. 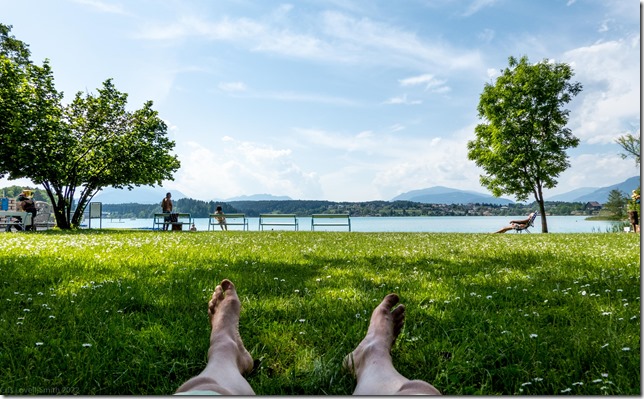 Above: I took it easy by the lake after the stage. 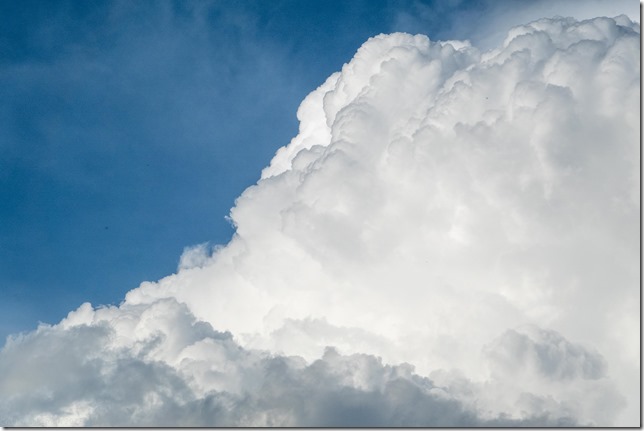 Above: Kärnten has nice clouds!