It was an overcast morning. The Norwegians claimed it was about 15 degrees but they must have been in a pessimistic mood, it felt a little warmer. I was not feeling quite as fresh as the weather. The morning routine was a little less efficient than normal.

Today’s stage was 105 km and is the longest of this year’s tour. We started as usual, around the side of the lake, with the short climb near the start. I’d positioned myself near the front of B block and was still well placed when the neutralised section ended. Today this was after the first, somewhat scary, descent with cyclists everywhere and the sound of disc brakes squealing. A shorter warm up than yesterday.

The pace picked up and it looked like we had formed a big group with A block. The stage is fairly flat for much of the race and this resulted in a very fast group. We hardly slowed for the rollers. It was good fun.

I kept up with the group on the longer climbs spinning at over 100 rpm to save my legs. After a while, along came a longer, more serious climb. I struggled to stay with the bunch sliding off the back with some others but managed to work my way back onto the back at the top of the climb.

We had a couple of long fast descents and I nearly lost the bunch on one of them. On another the seal had been removed from the road leaving just a thin layer and giving us a gravel feeling, which is ok, but quite adventurous in a bunch at 65 km/h. I was happy to still be with the big group of maybe 40 or 50 cyclists. We continued to power along at a good pace. I drank from my rapidly dwindling water supplies and wondered whether I should be eating more. Only a few jubes, not so much.

I recognised the roads and some of the turns. We came to a sharp right hand bend, which I struggled to take without ending on the curb. Someone was already on the curb. We began to climb again and my legs didn’t feel so fresh. I held on at the back but decided I was pushing a gear that was too hard and changed down. Click, my chain was gone and so was my speed. Thomas tried to push me as he went past but the hill was too steep and I was already going too slowly. I jumped off my bike and quickly put the chain back on. The race car passed me and some other traffic. I started to ride, trying to catch up with the bunch. The few seconds had already given them a lead I couldn’t reduce and I watched them slowly pull away. Sad times. I’d held on with them for so long.

I rode alone looking at the profile and thinking how much faster I’d be in the group. I realised I had very little energy left and my pace was now comparable to a small slimy animal. I struggled up the last 7km of the climb. My legs were poked but more so it was a lack of fuel. Sadly, people started to stream by. More struggling. I could see the finish at the castle 300 m above me in the distance. The 1000 m mark came up and I was going for the world’s slowest sprint. The route kicks up and it’s 20% to the finish line. More people passed me. Salt began to sting my eyes as sweet ran into them. I tried to pick up the pace for the last 200m and managed a slightly less pitiful pace pulling away from the couple of people directly behind me.

I crossed the finish line and wobbled over to the drinks station and stood there for a few seconds. The guy there told me it was ok, I’d made it as he saw me with my head in my hands on the handlebars. I consumed cola, bars, oranges, anything I could get my hands on. Then it was time for Kaiserschmarrn from the restaurant, which was quite fine. 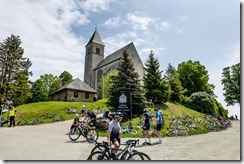 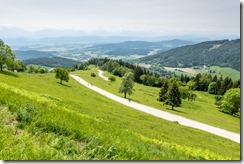 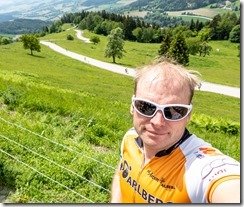 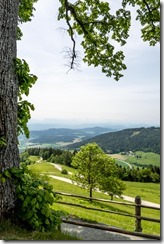 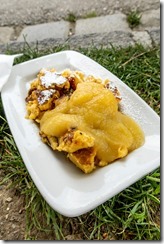 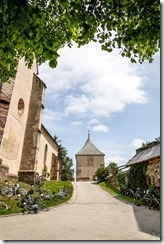 1) The stage finished with a tough steep climb, ending at Magdalensberg. I really struggled up the climb.

6) Bikes near the finish. 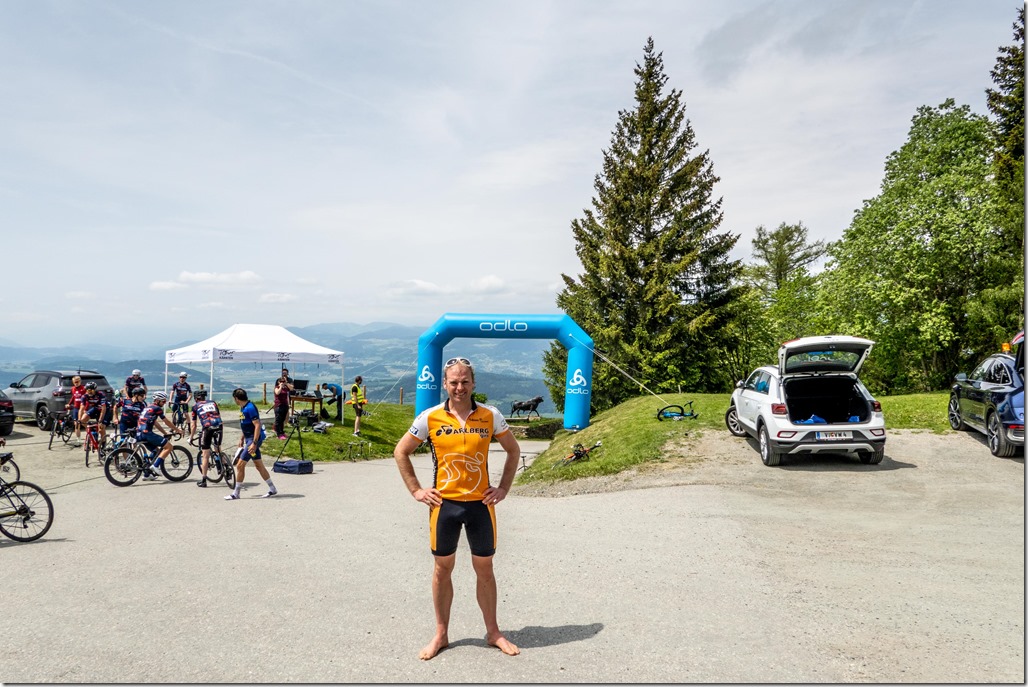 Above: More posing at the finish line.